Dekmantel | Feature What is rave to you?
Search Results
Your cart is empty! 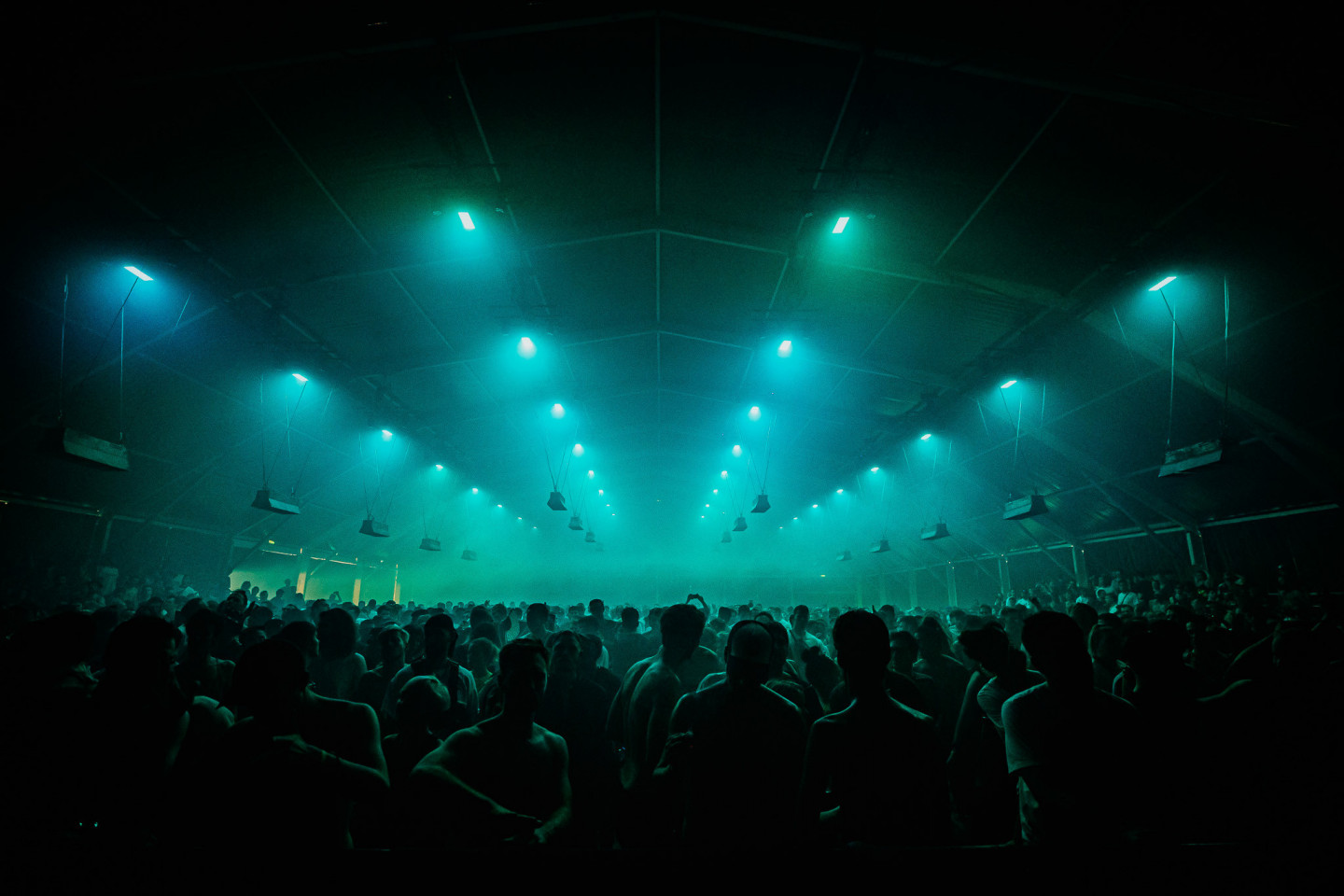 Feature
What is rave to you?

What is rave to you? It might be a catch-all term for a party. A bunch of gurning people in baggy clothing in some muddy English field back in the 90s. Or maybe it’s a signpost for euphoric breakbeats, tongue in cheek samples or the famous hoover sound. The answer likely depends on where you grew up, and how old you are, but one thing seems sure: a certain rave feeling is back in vogue on dance floors across the world, and illegal raves are also on the rise.

A number of those involved in rave— whether consciously or not — were represented at this year’s Dekmantel Festival, including Hector Oaks. He is a resident at Berlin’s Herrensauna and at Bassiani, a Georgian club that was raided by armed police in May last year in an attempt to crack down on the liberal social values of the thriving Tbilisi scene. It lead to thousands of dancers gathering for a protest party in front of Georgia's parliament - an active movement of young people that embodied the early spirit of the original UK rave scene, which in that case gave rise to the Criminal Justice and Public Order Act 1994. 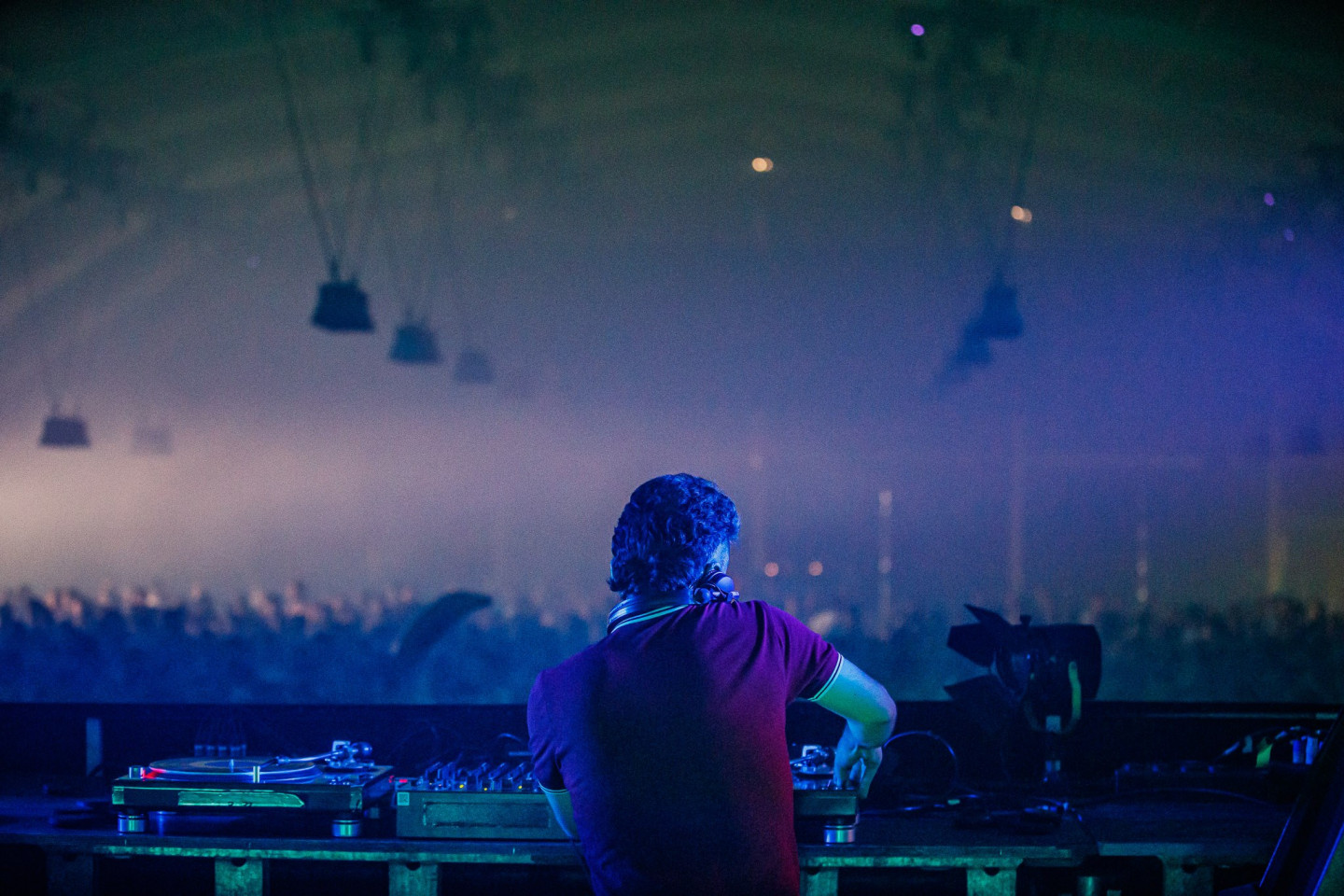 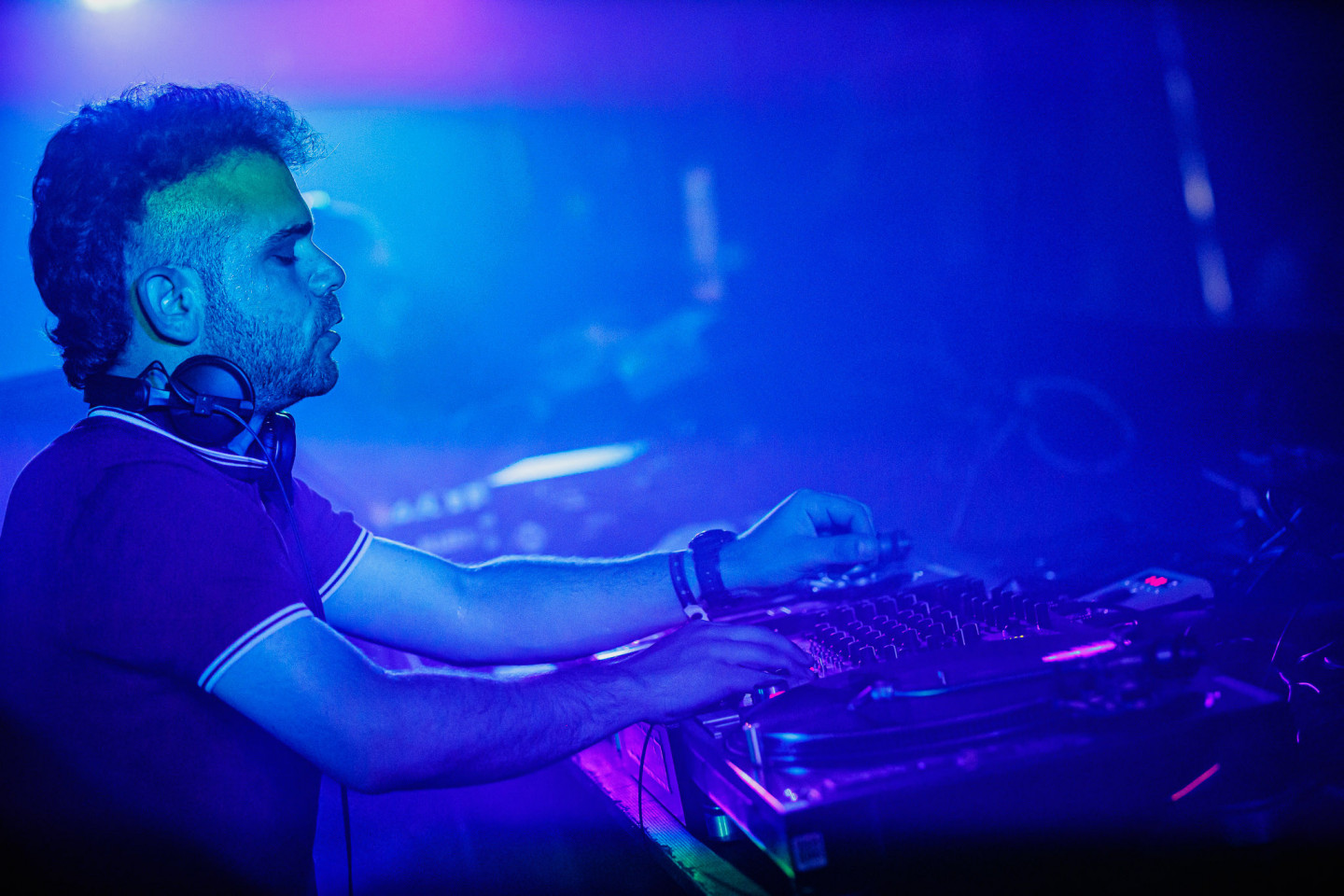 “To be a raver is a lifestyle,” says Héctor. “Ravers are much less judgmental than the rest of society, we don’t care who you are, we don’t have to fit any stereotype. Being a raver implies being part of a community, respecting some unwritten rules and having a certain set of values or principles.”

"Being a raver implies being part of a community, respecting some unwritten rules and having a certain set of values or principles"

Expressive Italian DJ Paquita Gordon is someone who abandons all genre restrictions when playing places like the cult Terraforma festival, and anywhere else. Her freedom in the booth represents the freedom she wants to see on the dance floor. “Music is to me a magical language, an inclusive ritual,” she says. “You can play ancient tribal drums, free jazz or futuristic techno, but we are still talking about the same ancient collective practice: dancing to the rhythm. There is no gender, age or race exclusion, everybody is practicing the same communion with sound, no matter if in a temple or on a dance floor.”

Gordon’s thoughts on inclusivity certainly characterises much of the second wave rave scene that Dutch industrial techno DJ Parrish Smith experienced while growing up in Utrecht (and they resonate to this day, with his online bio reading “no elitism, no prejudices, no genre, a state of mind”). As a teenager, he attended illegal parties in disused warehouses and was always pleasantly surprised and excited to see “every kind of person you can imagine. To see all these different students and squatters dancing together was special —we didn't belong there together but we came for the party and we felt able to do what we wanted. There was patience on the dance floor, the music was crazy, people really appreciated what was playing in that moment. It was just about escaping the outside world. Being inside was like being in a bubble, you felt free.

"It was an urge of expression by repressed layers of society who had to fight to emerge."

But those bubbles undoubtedly became more homogenised as dance music moved from the fringes to the mainstream and was, like everything, commercialised. “Raving was a mentality that spread from the specific social conditions of that time,” says Gordon of rave’s early days. “It was an urge of expression by repressed layers of society who had to fight to emerge. The dance floor was the real social platform, and there was more time to dedicate to music and less to social media communication.”

As musical genres have become more definitely defined, and with a rising tide of populism across the world, it feels like that “urge of expression” is back. The scene at large is remembering the mixing-pot roots of this culture and women, people of colour and from LGBTQ+ communities are deservedly starting to get the same platform as everyone else. To be involved in dance music today, on any level, is to be responsible with who you represent and how you represent them. In that regard, rave is back. 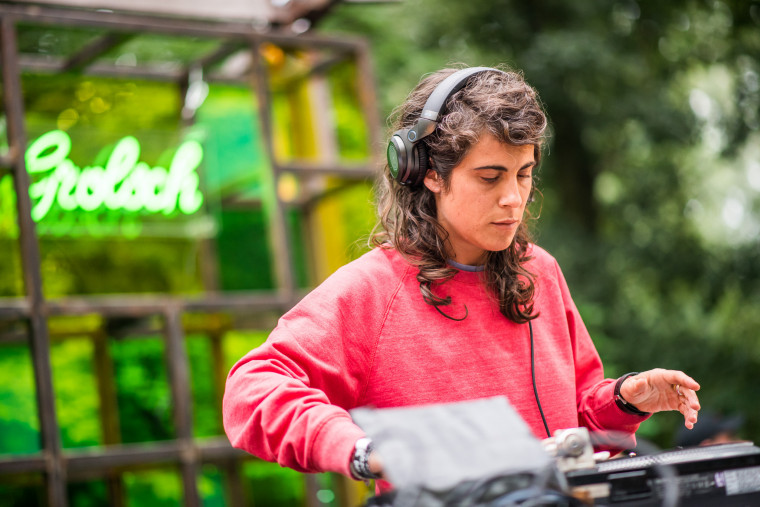 It is not only the acceptance and openness we see on the dance floor that is part of this latest incarnation of rave, but also the music itself. “Nowadays clubs and festivals host more diverse programs and styles,” reckons Gordon. “They allow a wider range of music than the usual electronic sessions of the 2000s.” Smith agrees, and believes there is much more desire for “leftfield electronics where experimental artists are booked next to the bigger names. The line-ups are more progressive and these niche artists have more room to express themselves and grow.”

It’s fair to say that, musically, first wave rave was a broad term that encompassed anything from high octane techno to teary eyed trance, cosmic breakbeats to heavily sample tracks that pillaged film, TV and popular culture with a real sense of humour. That has often got lost in a techno scene that took itself increasingly seriously and grew ever more narrow in terms of what was played, who played it and who was dancing to it. For Oaks, however, “everything is getting more open and the rules are being slowly erased again. This is really exciting as an artist and even more so as a listener or dancer.”

"Everything is getting more open and the rules are being slowly erased again. This is really exciting as an artist and even more so as a listener or dancer.”

Smith, meanwhile, grew up on techno and UK sounds - jungle, drum & bass, 2step - but as he dug deeper he found more in common with industrial and punk music. “It’s a cliche but I started making music because I hadn’t found any other way of expressing how I felt, so it has been a real incubator of emotions and my personality”. He recognises that a lot of early rave was built on sampling and says “of course that is fine, music is for everyone”, but he believes it’s important you know the history of what you play and wonders if the current trend towards industrial is more about aesthetics than a true understanding of the scene’s values.

“If you know and have affection for your scene, the purpose and intention of your music is different. It will sound different. I like to challenge myself as DJ and play all sorts from jungle, drum & bass, hardcore to industrial, but it’s important to know the backstory to all this. For me, it's what I grew up with, so I like having all these different sounds to tell my story because I can draw on more different emotions. It gives me a lot of love if I can change people’s state of mind or body with music. For me, the spirit of rave is about exploring new things and expressing them the best I can with my technical abilities.” 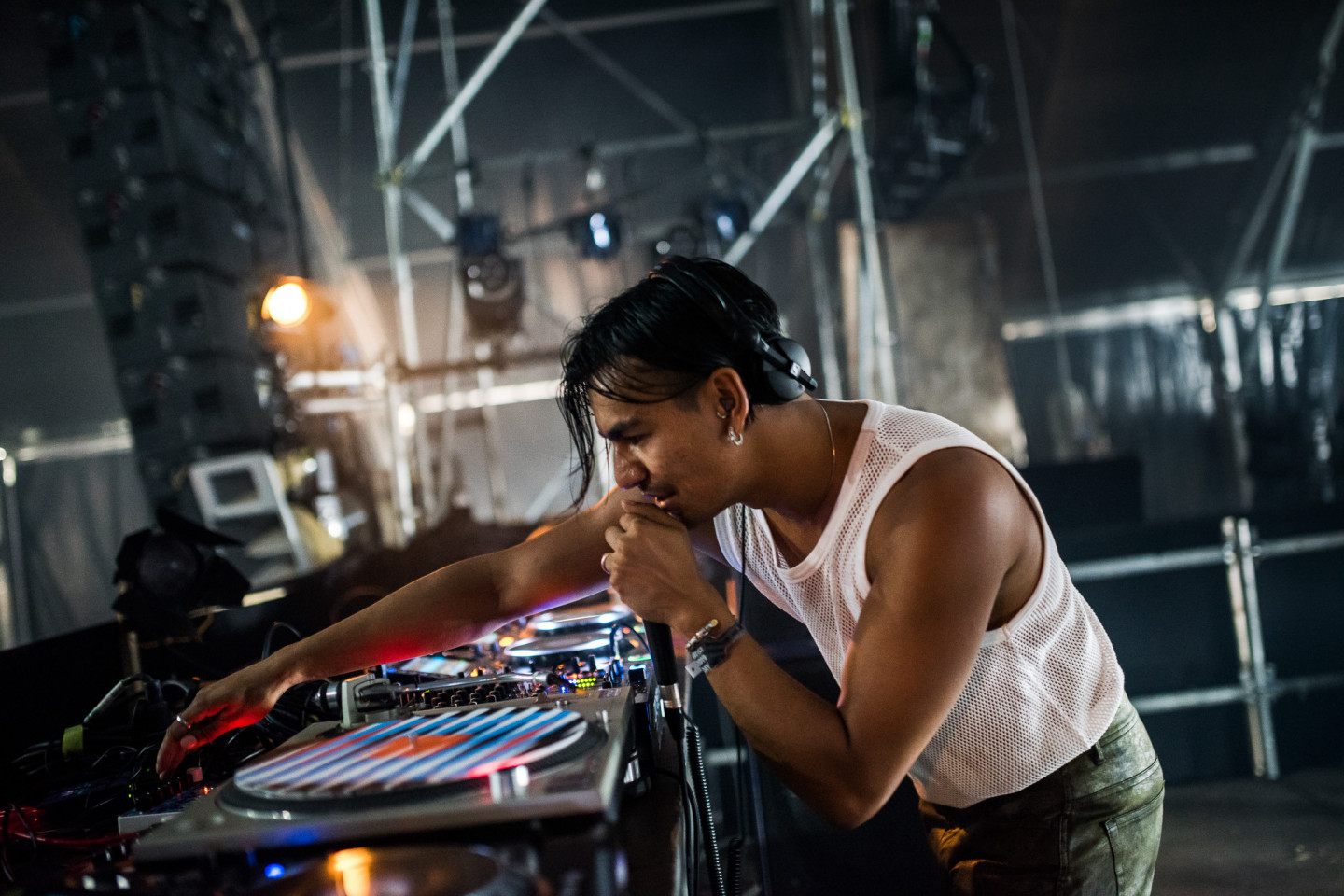 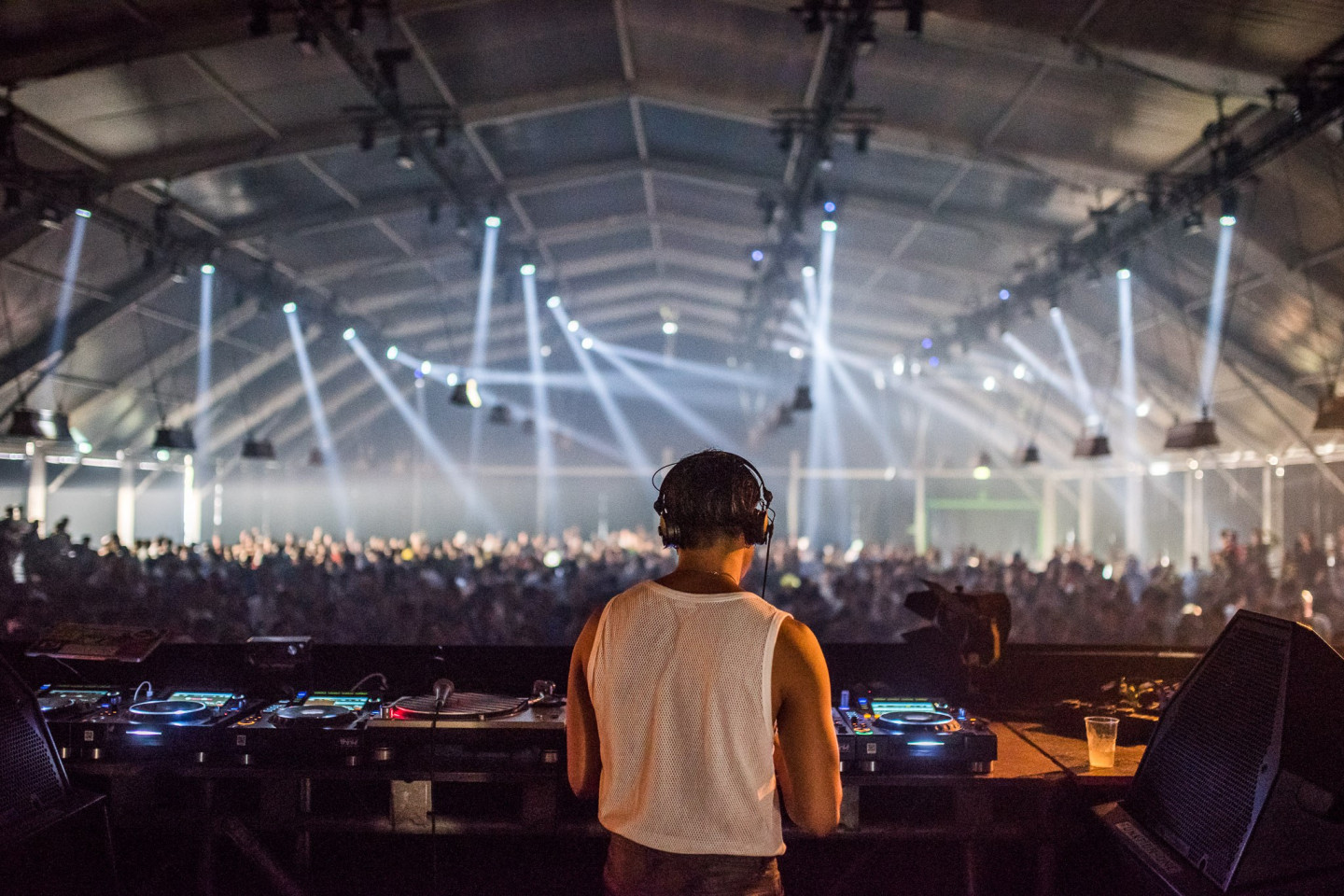 British born Skam Records artist Afrodeutsche is someone else who cooks up the sort of vibe on a dance floor that you might call a rave. She admits part of the reason for that, is that she simply plays a lot of the rave tunes she grew up listening to — on tapes from an older friend who experienced the local West Country scene first hand. “It’s really live, living music, often with MCs over the top, so you can really feel it. It’s not too serious, and I love playing all that old stuff that isn’t too serious. It’s basically all about having a lot of fun, and dancing a lot.” 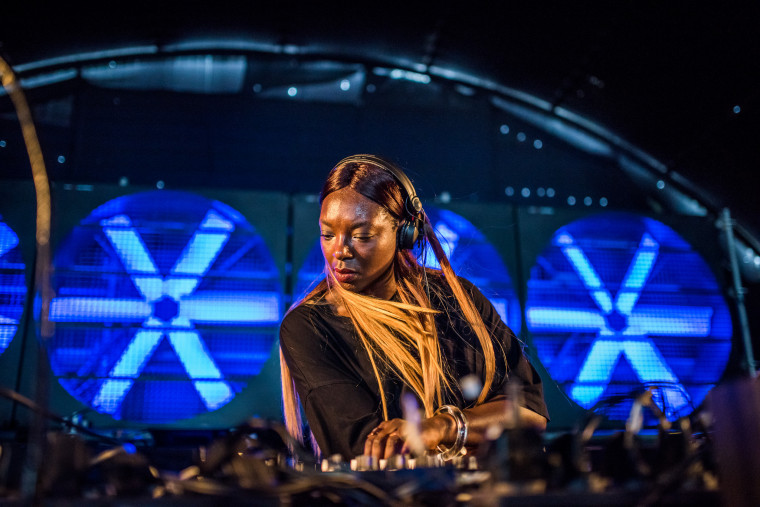 Rather than thinking too much about the balance of old and new because she is “too lazy and not that bothered to get that deep on it”, Afrodeutsche just tries to replicate what her favourite DJs do. “If I’m on the dance floor listening to someone DJing and they go all over the place and I’m dancing in a ridiculous way, I’m all for that freedom of just playing what is good. I just want to have fun.”

Like Gordon, Afrodeutsche recognises that music is a universal language that can bring anyone, no matter how different, together. “When I’m talking with a stranger about music and they mention Drexciya, it’s like: shit, I know you, I know who you are, what you’re into - music is a language that goes across water, and that’s insane.” 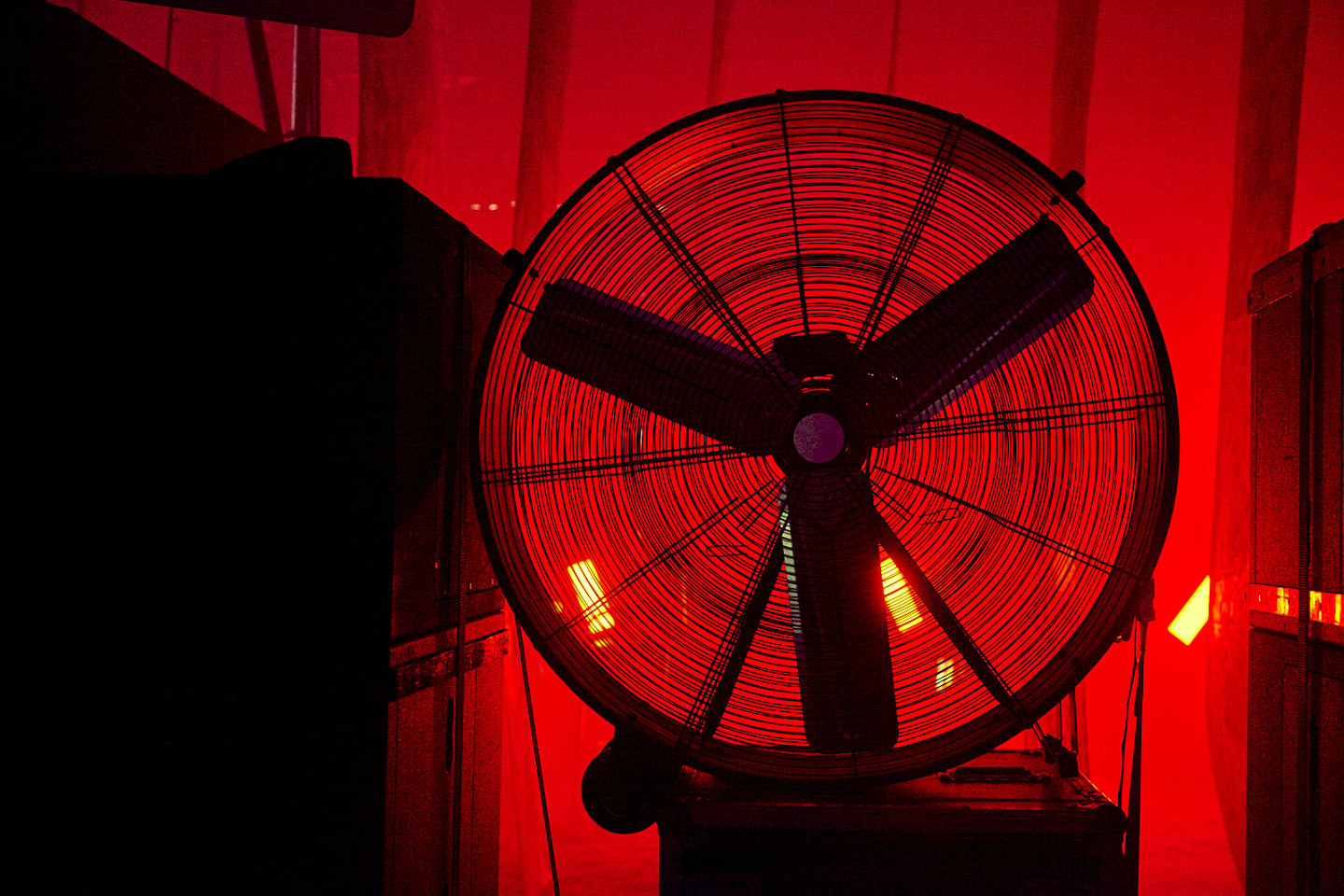 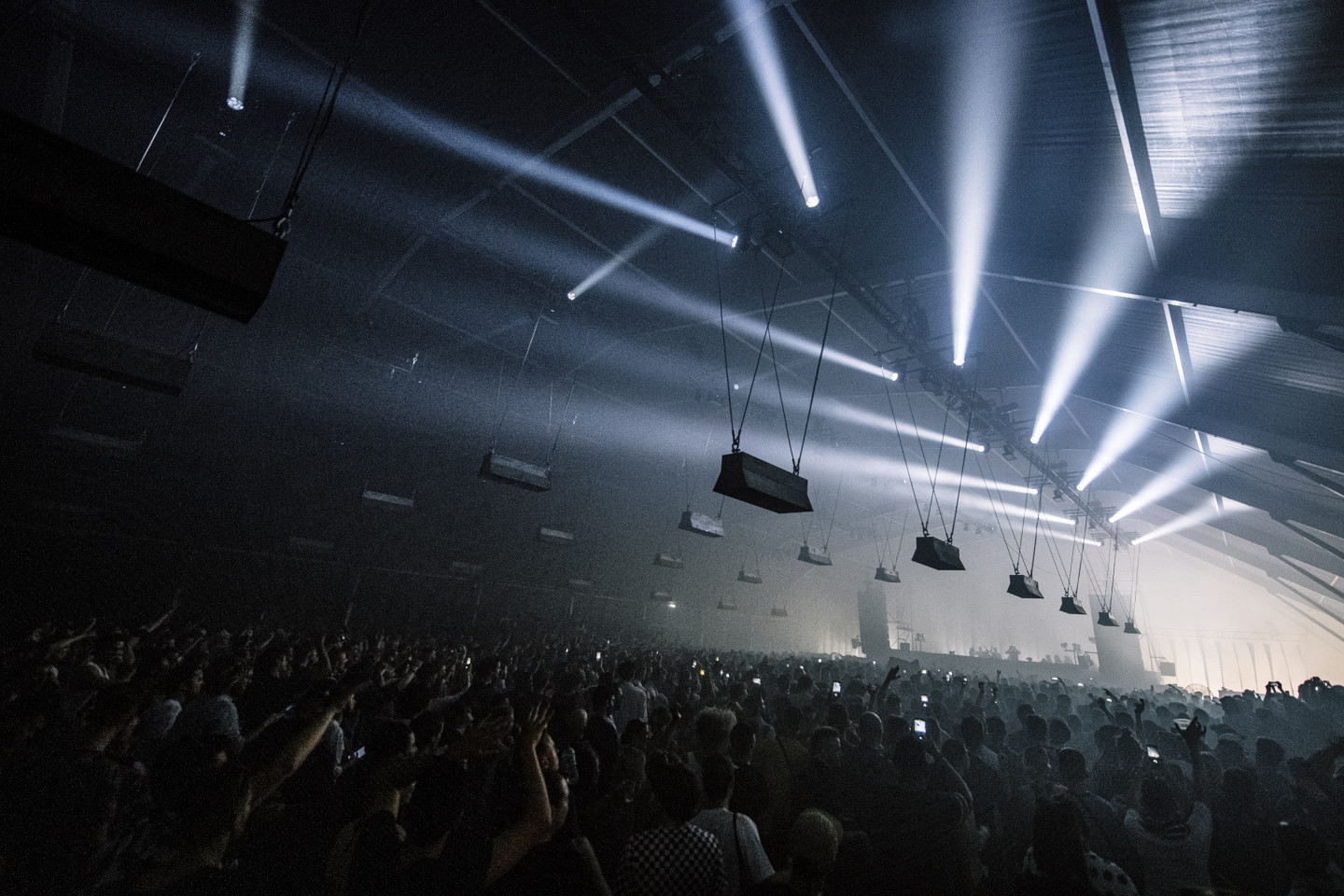 Preferring to play the late slot, when inhibitions are down, critical thinking is out of the window and anything goes, Afrodeutsche is famously good at taking a dance floor to epic energy levels. She likes to try and get people lost in the moment, to forget about being too self-conscious as we all tend to be in this age of iPhones and selfies. Her attitude is the antithesis of the elitism that plagues certain corners of the dance world as believes “music often plays essential roles in social and political evolution” and has the power to “transform reality. ” She says she follows her instinct and plays what she believes in. If people don’t like it, she accepts that “not everybody is willing to share certain journeys, but I never play music that I don’t like just to satisfy a crowd. When we dance together, we forget about who and where we are, and we just dance”. 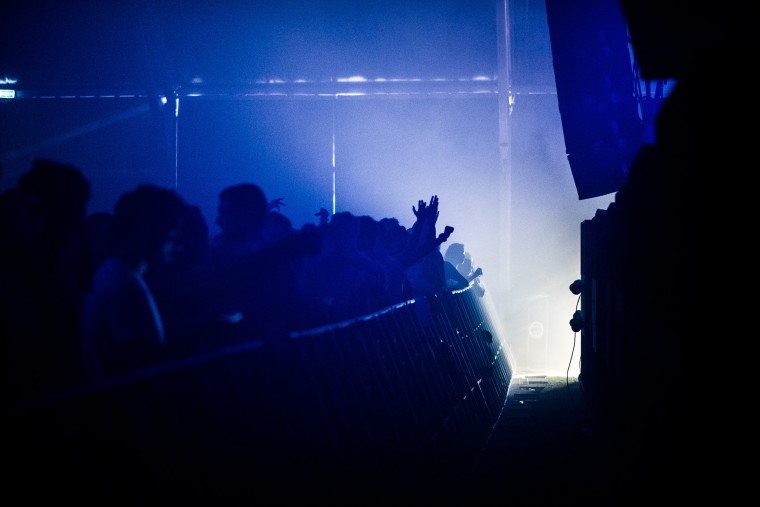 Oaks echoes this, saying that his job is to provide a soundtrack that “helps to deal, heal and relieve all the things you go through on a daily basis. To make the ravers at least temporarily free.” The Bassiani club where he is resident is a perfect example of how dance music can, and should be, an incubator of progressive ideas. The impact of it in Georgia is so big”, beams Oaks. ”The government’s obsolete ideas and drug policies are so far away from the Georgian reality. People there are very cultured, creative, intelligent, very European-minded, so everybody loves to go there and be free. It is becoming a part of their culture. When you go there you can see people of different ages and backgrounds so the music and space are so important for their fight for change to come.”

In 2019, then, rave seems characterised by DJs who are thinking not only about the records they play, but what they represent. It’s not just about filling the floor, but filing the floor with the right sort of welcoming energy and inclusive atmospheres; about encouraging people to forget all tags, descriptions and categorisations, and getting them to connect on a more instinctive and primal level. Oaks sums this up best by explaining that during the Herrensauna parties - wherever they are in the world - queer people are not afraid to show themselves as they are. “I guess the context set them free," he says. "That’s a big achievement, and one of the greatest reasons to do what we do.”