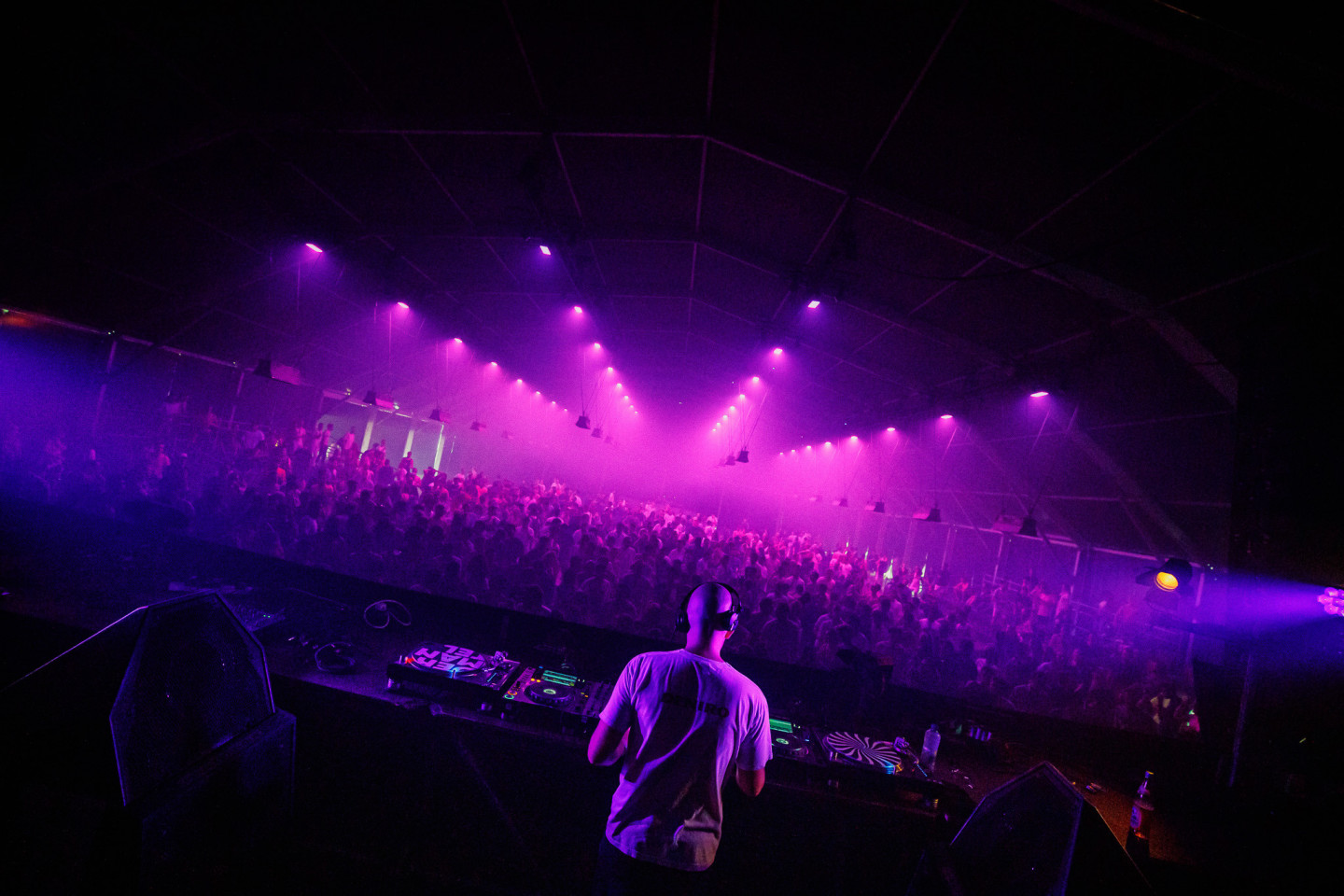 Finding a quiet spot at our festival is hard, finding a spot without being surrounded by nagging little wasps proved to be even harder. So this interview with two Dekmantel veterans Interstellar Funk and Deniro was mainly spent running around in circles trying to avoid being stung.

That said, it was pleasure talking to both Olf van Elden (Interstellar Funk) and Reynier Hooft van Huijsduijnen (Deniro) about their history with the festival, their labels and whether or not those classic Omar-S 12” records belong to Olf or Reynier.

But first things first and credit where credit’s due as we actually have Deniro to thank for the name Dekmantel; “I knew they were looking for name to call their parties and as I was shopping for records at Clone, it just came to me out of nowhere. So I walked outside and sent Casper (sic: Tielrooij, one of Dekmantel’s founders) a text saying I’d found a name for his parties. And he replied: “sick”. And that’s how it all began.

It’s at one of the earlier Dekmantel parties that Renier and Olf actually met. “I’d seen him play numerous times and Reynier had such an amazing collection of unreleased material that I approached him - I was working at Rush Hour at the time - with the idea to start a label just to be able to release Reynier’s music.”

For Reynier this was exactly the jolt he needed to spur him into action and thus Tape Records was founded in 2012. Together with Berend Kirch en Jeroen Kok, the label focuses on a broad spectrum of (timeless) electronic music, with a predilection for 90s Detroit/UK inspired deep melodic and lush sounding techno sounds.

Read the interview with Interstellar Funk (ISF) and Deniro (D) below. 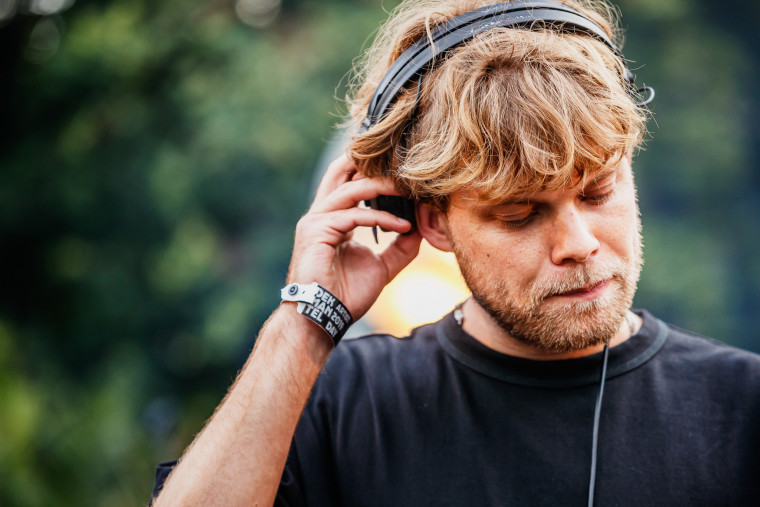 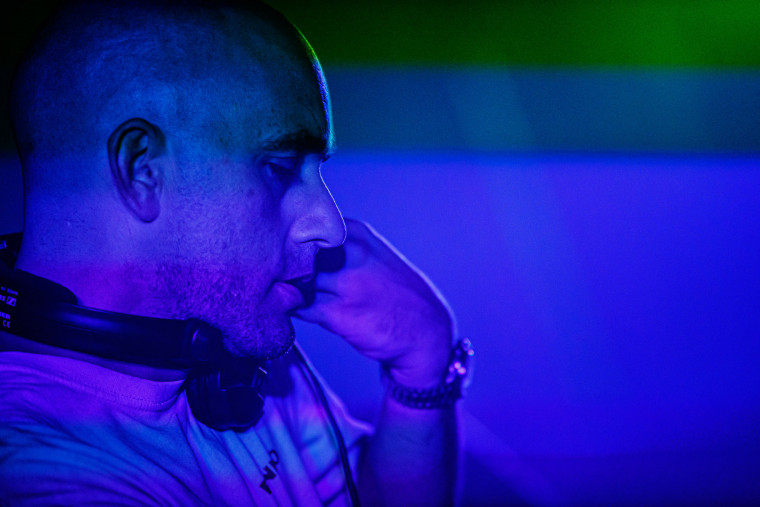 When did you realise becoming a DJ was actually a career option?
ISF: “For me my brother (sic: Jorn van Elden. Founder and co-owner of the Amsterdam based Voyage Select agency and record label) was the key to music; he organised parties and when I was old enough to tag along my interest was sparked. We would hang at home with friends and as there were always turntables present, things kind of naturally progressed. In 2008 he gave me my first real DJ gig at one of his parties at the Flex Bar, here in Amsterdam. I’d played before at this dive in Arnhem where my brother also played records but it really sucked so yeah, I would say the Flex Bar was where I took my first serious steps towards becoming a DJ.”
D: “I started in Club NL in Amsterdam, where Casper and Thomas held their first Dekmantel parties. Thomas would always take pleasure into throwing you into the deep end, and so I ended up behind the turntables. I’d play all these Larry Heard, Theo Parrish and Moodymann records. A lot of Deep House at any rate…”

Does playing in front of the size of crowds that you play for now, still evoke those early days of DJing?
IF: “Not always, but the nicer parties like a festival as Dekmantel still feel like those first days. That feeling of being excited and nervous at the same time, when you’re not really conscious of whats happening… That’s exactly how I felt back in those early days; not really being sure if your set went well until you listened back to the recording. I had a time though when I didn't play at all. It was only when I started releasing my own music, that I started DJing again. Producing records isn’t exactly the way to make money, so DJing allowed me to make a living and simultaneously focus on my music. I love DJing though, it’s really fun.”

You came of age as both producers and DJ’s through being part of this close-knit scene. Did you experience much support from within the industry?
D: We’re both extremely grateful to Dekmantel for giving us a platform, allowing us to grow along, being loyal and also really giving us these great slots to play at the festival.
ISF: “It also pushes you, as you really want to live up to that loyalty and deliver a great set.
D: “And having someone that believes in you is vital. Releasing my track Organezized’ on Nina Kravitz label трип (Trip) in 2015 has given me so much exposure. I didn’t realise how big she actually was a DJ, so the impact of being affiliated with her kind of came as a surprise. I actually also met her here at Dekmantel. She’d been playing a record of mine quite often so I mustered the courage to step up to her and introduce myself. I was really nervous and quite impressed by her. But she was really nice and told me to send her some of my tracks. I decided to quickly make some new stuff, which she didn’t really like in the end, haha… So I ended up sending her some old stuff I did and she really took to that.
IF: “I usually send off my new tracks to people around me that know me really well. If you’ve been working on tracks for so long, it’s really hard to take a little distance and see if they’re really as good as you think they are. But as you progress, you also gain more confidence, so it becomes easier to judge whether or not something you’ve been working on is good enough to release.”

What comes first? Being a label owner or being a DJ?
ISF: “For me the label comes second. I have no ambition to grow as a label owner. The main drive to run a label like Artificial Dance is to discover music that would otherwise not be released. It’s about the artistic value of a release. Like an audiophile calling-card. I also just like to release things from friends.That makes the whole process fun and not make it feel like work.”
D: “In the beginning Tape Records for me was a means to lists like 80 of my own releases on Discogs. It’s not about planning ahead, as Olf said we just want to release records from friends and our own music. Since Olf left to start his label Artificial Dance, I decided for now to solely put out my own music. If you have to send your music off to another label, its becomes tedious. They want you to change things or add a different sound. So having your own label results in avoiding those talks. That said I need Nina Kravitz to okay some new tracks, hahaha…”

Nowadays streaming media seem to put a lot of pressure on live performances and DJ sets. Do you need all this exposure in order to progress your career?
D: “I used to be so nervous before playing, almost like a form of agoraphobia. But it does get easier over time. Although with things like Boiler Room, where people are literally breathing down your neck, it’s quite a different story. With a bigger stage like the UFO it actually becomes more abstract; you barely see the audience. And as I’m nearsighted I don’t see much to begin with, so yeah that’s a lot easier…”
ISF: “I’m sure gigs like Boiler Room or a residency in your own city are helpful to further your career. But there are also a lot of DJ’s I know who actually refuse to play Boiler Room. But it does help. And playing a festival like Dekmantel does put your name on the map. There are so many people tuning into the live streams or aware of you being on the bill through social media even though they’re not attending the festival itself.”

Soundwise where do you both overlap? And what do you look for in new music?
ISF: “When Dekmantel took off and when we both started playing, the Detroit and Chicago sound stood at the center of it all. And that’s where we found each-other musically.”
D: “Before that we mainly listened to techno, but then that got followed up by shitty minimal stuff and when Deep House got introduced it was kind of a relief to have some melodic elements back into music. And now Techno is back fortunately, and that’s what I love playing most anyway. But I have to say that the new stuff I play, is mainly a tool to force myself to listen to new music. My favourite tracks to play are still old records from back in the day. Although that mainly applies to Techno records. I really like a lot of the new House stuff that’s being released.”

ISF: “I actually listen to a lot of podcasts and radioshows to discover new music. We talked about the pressure of the world looking over your shoulder while you’re developing your sound and the same goes for new music being released; as the world has gotten so much bigger but simultaneously easier accessible, it is also easier to put out music. When you look at platforms like Bandcamp, they’re an infinite source of music being published, both good and incredibly bad. So it takes much more time to find things you really like. Whereas it used to be that someone like a recordstore owner would make that selection for you. And there was some kind of quality control in the sense that it takes more effort and dedication to release something on a physical carrier than it is to digitally release a track.”
D: “I used to keep track meticulously of everything that was being released, but now there are so many release its just impossible to keep up with the pace. I don’t really mind though if I play a track that other people have discovered and played long before I have. As long as it’s a good record, who cares? I don’t feel urge to be the first to play a certain record.”
ISF: “I don’t really care about playing new music all time. On then contrary, I’d rather focus on music that you know really well, that’s been out there for a while and that has stood the test of time. They make for the best sets.” 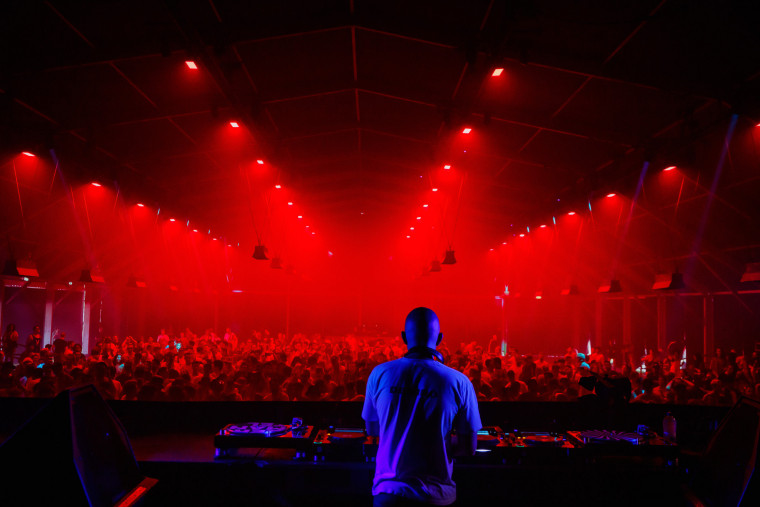 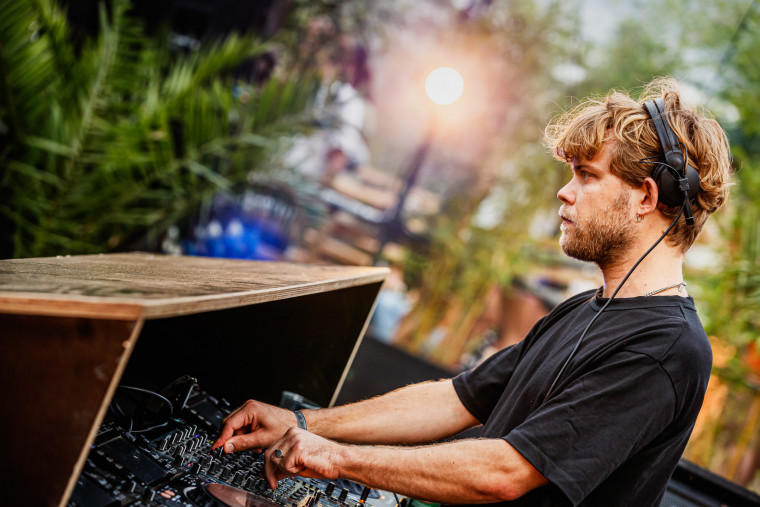 D: “No, I once left my record-bag at Olf’s and kept forgetting to pick it up again.”
ISF: “It stood there for five years!!! So I would say the abandoned goods rule applies and its mine now. They’re quite scratched by the way…”