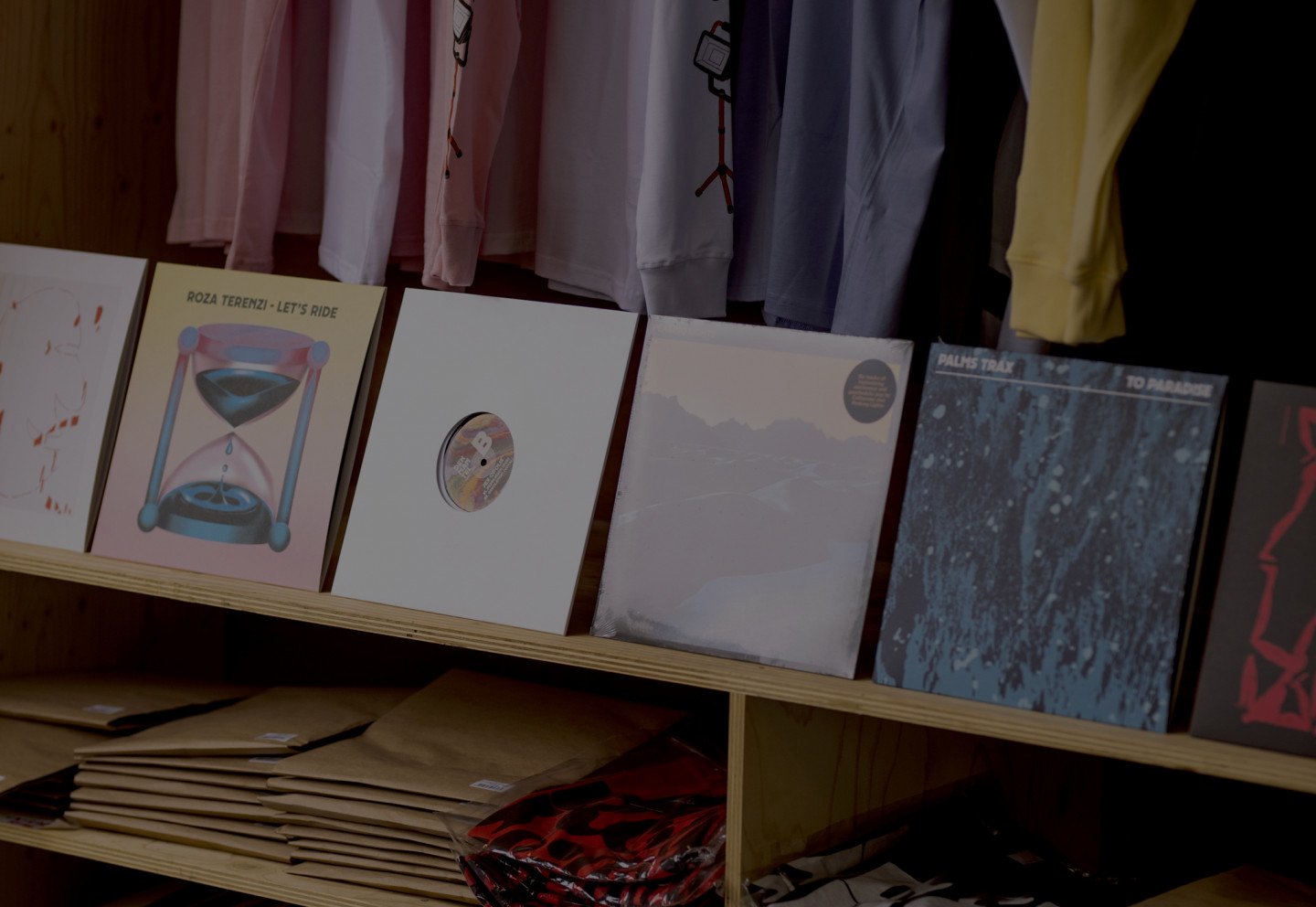 The Covid-19 pandemic is having major consequences for the music industry: tours, shows and gigs being canceled, and artists are coping with drastic cutbacks in their income for the time ahead. Given the situation and today's effort by Bandcamp, we'd like to shine extra light on some of the artists we had the honour to share with you through our label.﻿﻿

With Bandcamp donating all its profits straight to the artists whose music is bought on the platform today, Friday 20th, we'd like to pick this up as an extra way to support the artists responsible for Dekmantel Records' recent output. A day of extra income through selling their music online is a small but valuable way for artists to keep going in times in which this is particularly pressing, which is why also our label royalties are going directly to the artists — starting today, and extended throughout the whole weekend.

We're aware that these are tough times for everyone, so we'd like to underline that if you are financially capable to do so, to go ahead and buy the music from all artists whose music you've been into — also beyond these releases from our own catalog. We're working on a list of music to submit to Buy Music Club, which will cover music we featured in our weekly Dekmantel Selects playlist, music from artists who are playing at our events this summer, and from other artists whose work we dearly admire, have been dancing to or listen to in our daily lives.

For now, find a selection below and support through Bandcamp as you see fit — the full Bandcamp revenues are going directly to the artists who who made this the great music it is. For the full catalog, head to our Bandcamp page.

With their first LP in over three years, Californian psych-dub duo Peaking Lights offer an outlet from the mundane with a kaleidoscopic collection of lo-fi, escapist-electronic pop. With E S C A P E, the production duo illustrate their pragmatic use of instrumentation and dubbing to create more heady and celestial avant-pop.

The Mauskovic Dance Band are a prime example of an act who have been dialing up the sunshine over the river Amstel in recent years. On Shadance Hall, their first release of 2020, they concoct a tantalising brew of no-wave, psych rock, cumbia, power dub and numerous other colourful shades of global grooves.

Beyond the Mikrosector, passed the Love Quadrant and over the Intersect lies another reality that exists in contrary to our own. This is where we now find Mr. 8040, the Space Dimension Controller, on a planète contraire, a world very much like our own, but one that runs in opposite to the norm. Also check out this release, which he released through us as a white label early 2019.

Stellar OM Source - I See Through You

If there is one thing that leaps out from Stellar OM Source’s music, it is the sense of a highly active mind at work. On I See Through You, the first full Stellar OM Source release in over four years, the spark that first LP piqued the interest of so many listeners is glowing stronger than ever.

“Welcome / to my galaxy / of snare drum samples / full of emotions” - Jan Schulte is spelling out his vision in simple terms. The directive is clear: buckle up, as this trip advisor for countless left-of-the-dial dancers and deep thinkers alike is back in the hot seat.

A breathtakingly forward-thinking EP that sprung from the collaboration between Sigha and Kangding Ray. Modern rhythms, a clean yet crushing sounddesign and stunning atmosphere combines into One.

Enter DJ Python’s world of post-IDM, ambient and reggaeton, with a progression of deep synths, reverb, and percussion whose rhythms are born from the southern hemisphere. Making his Dekmantel debut with an extended EP of contemporary electronica, fashioned in his unique, deep-reggaeton style.

If heavy industry is a thing of the past, no-one told Identified Patient. For the past few years, he has been a one-man factory: by day, assembling component parts of acid, techno and all varieties of wave (dark, cold, minimal) on the production line; by night, a DJ dynamo pulsing with so much energy he could power a small city.

Cult figure, obsessive Discog-er and Good Timin’ boss, the Brooklyn-based Jex Opolis has etched out a global reputation with his exotic taste of lo-fi, party productions, with this — his Dekmantel debut — not straying far from his formula.

Territroy, a joint effort by Panagiotis Melidis (singer-songwriter Larry Gus) and Stathis Kalatzis (techno mainstay formerly known as Mr. Statik), debuted with Skulls & Plants on our UFO label. The result is music that brings together two very different personalities and perspectives but allows them both to coexist, intertwine and unfold in untold new ways.

One of the artists debuting on Dekmantel Records this year, Roza Terenzi's compelling Let's Ride EP showed her ability for excellently combining rhythm, breaks and out-there sounddesign into a cosmic-yet-ravey sound that's entirely her own.

Gear back and get comfortable — Monty Robert's vibrant and balaeric grooves by Dutch production duo Lamellen, consisting of Rimer London and Lyckle, is here to ease the day.

The retrogressive, analogue synth jams by Dutch duo Betonkust and Palmbomen II kicked off 2019 for Dekmantel Records. Their second collaboration, Parallel B, is a serious six tracker of dusty drums and melancholic acid in signature aesthetic.

Sirocco features the combined talents of cult retro artist Jacco Gardner and the percussive fortitude of Nic Mauskovic, delving into the world of exotic, cinematic, Balearic-sunshine, that cruises leisurely throughout and is layered with phazed-out, tropical synths.

Parrish Smith made his Dekmantel debut on the label’s sister-techno imprint, UFO, with a blend of avant garde electronics and industrial. With the ‘Sex, Suicide & Speed Metal EP’, Dutch producer Parrish Smith works outside of the realm of genres and tempos, creating his own unique template of saturated, electronic post-punk.

Gal (Juju) and Jordan (Jordash) returned to the Dekmantel stable with Sis-Boom-Bah!, a series of purpose-written compositions that highlight their maturity as musicians and adept dexterity in the studio.

Denmark’s Central is one of the most talented producers we know, and this masterfully crafted, oozing dream of a track (as well as the earlier ones he released on Dekmantel Records) is the ultimate proof of that — coming in two exquisite versions.

Amsterdam’s cult producer and DJ Awanto 3 likes his samples vibrant, his drums wobbly and his synths sweaty as a Detroit summer breeze. Gargamel is arguably his most compelling piece of work, serving up many different styles and genres in his ever-expanding arsenal.

Makam’s ongoing search for fresh sounds, textures and rhythms has lead him to Than Sadet, a gorgeous piece of work that takes his sound into new directions.

The art of omission is a craft New Jersey native Joey Anderson masters like few others. Invisible Switch is the perfect example of what Anderson can do with very little, catapulting him to one of the finest and most original techno and house producers to date.

For the full catalog, head to our Bandcamp page.