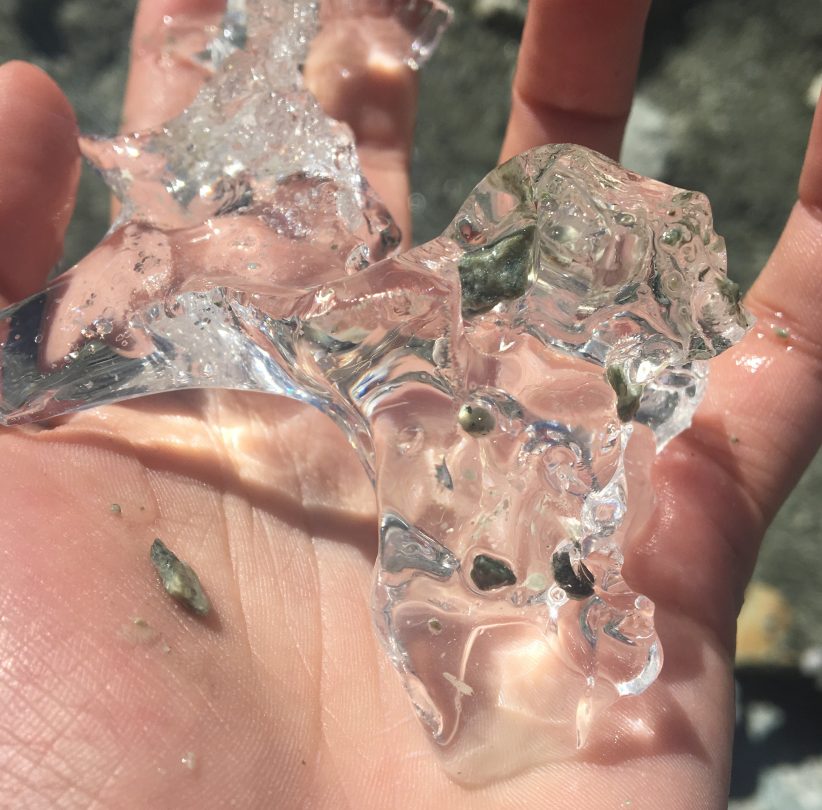 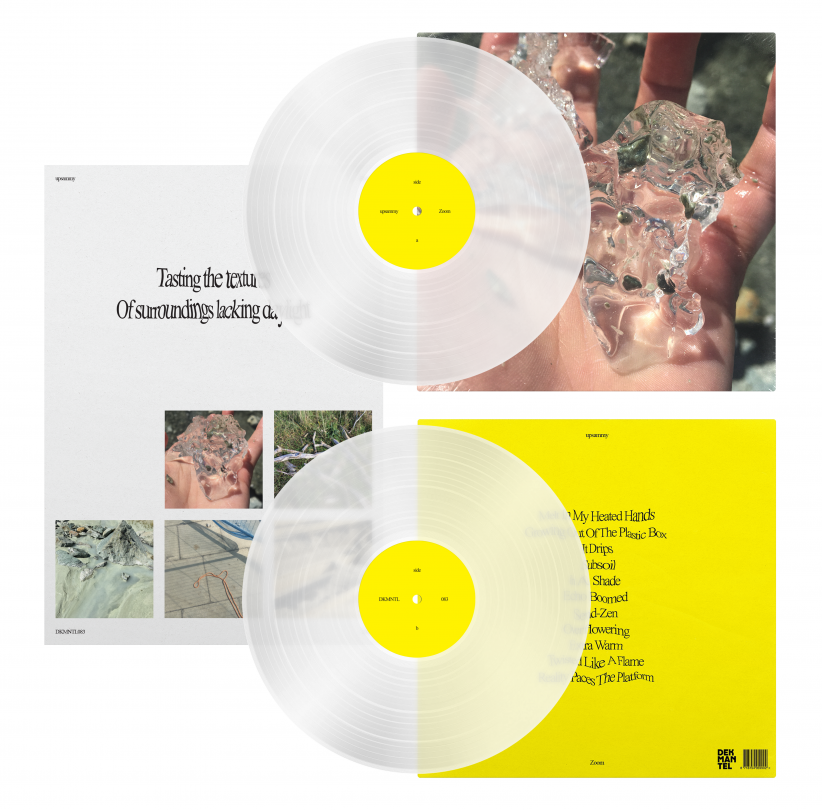 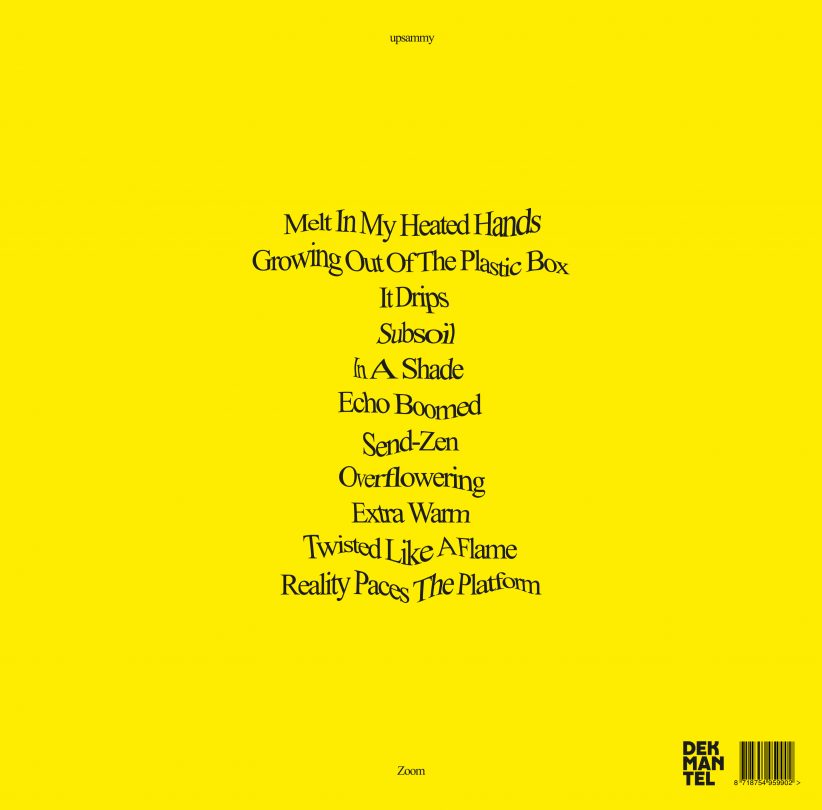 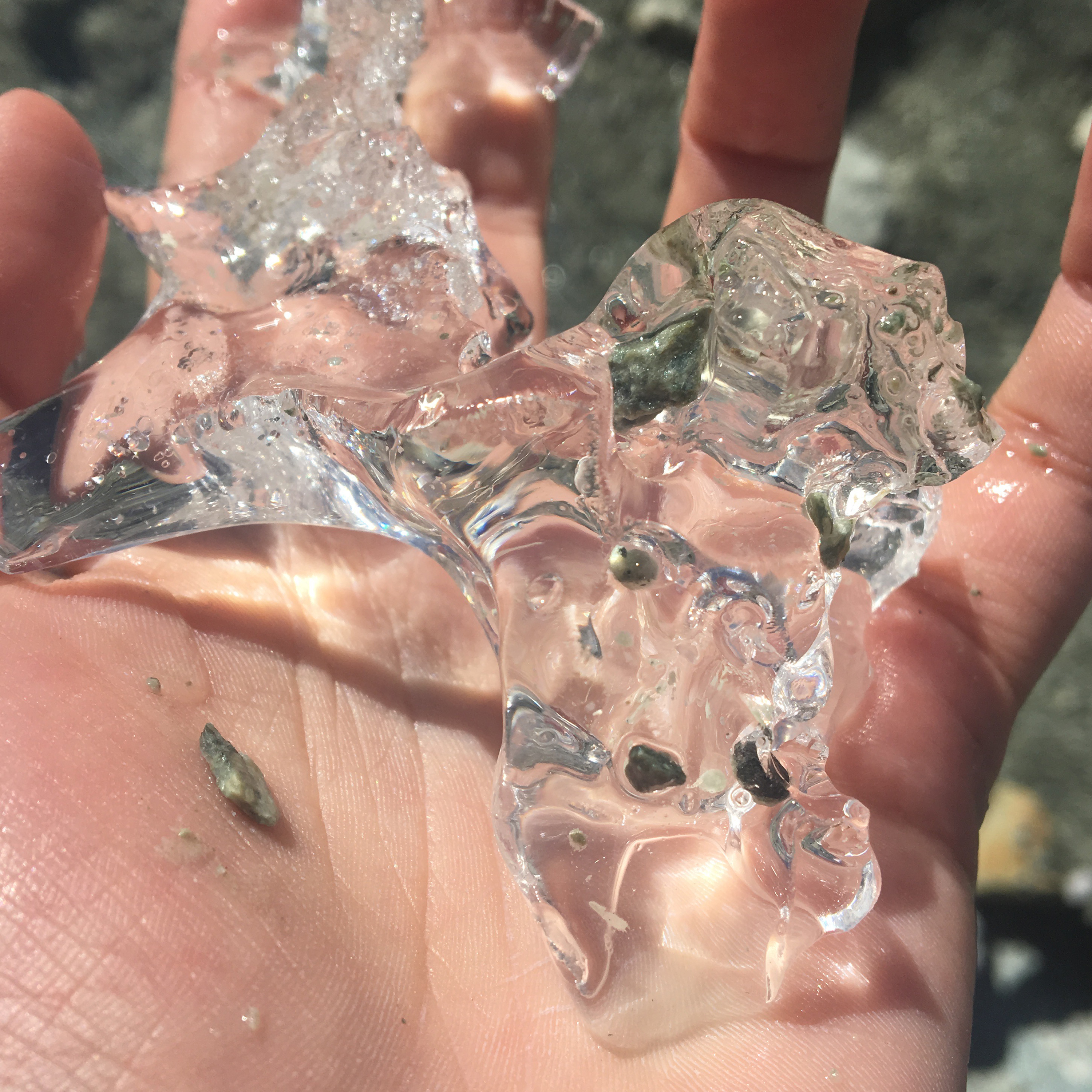 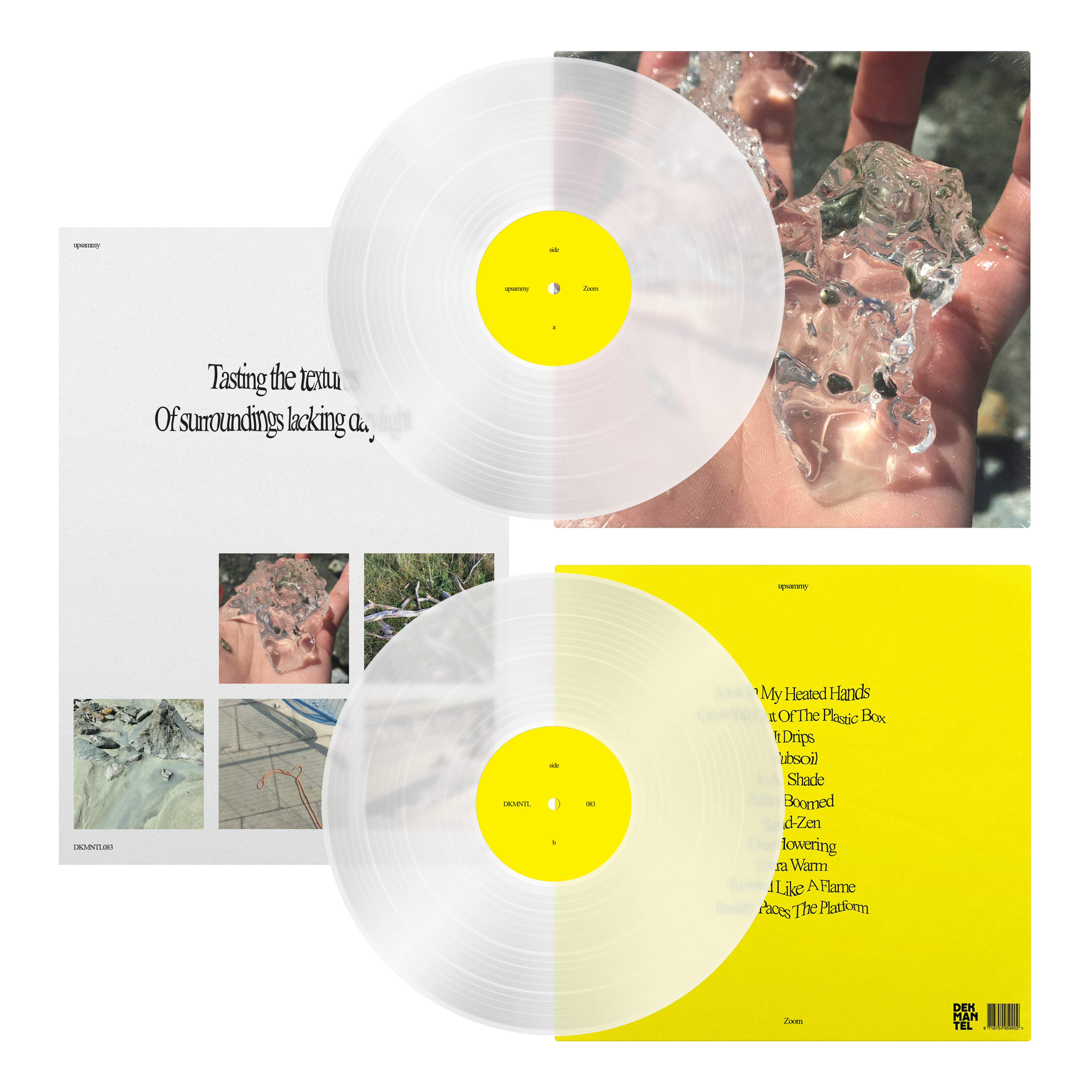 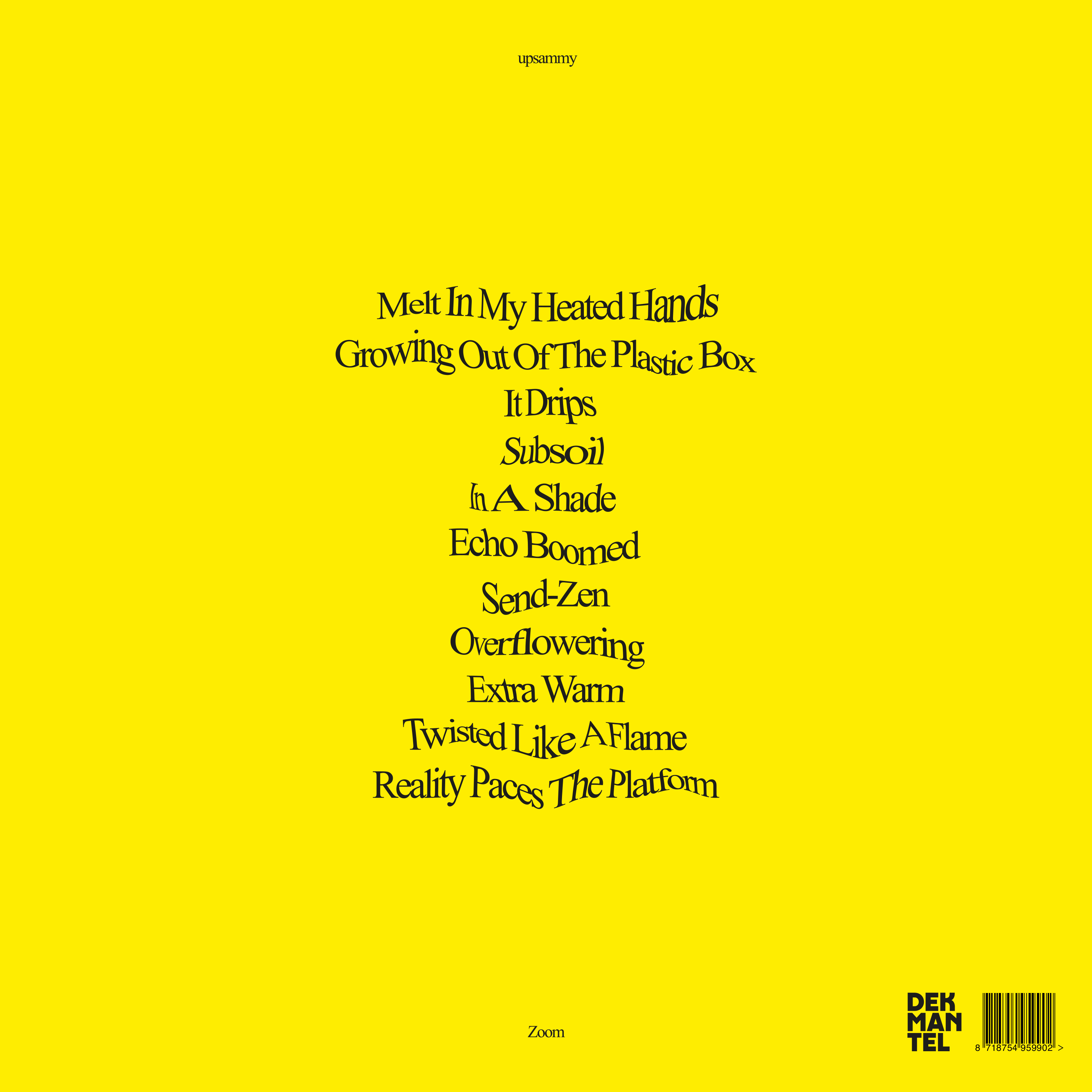 The natural world has long been forced to reckon with an expanding human influence across its surface. Is mechanisation incompatible with the splendor of nature? Lean in close to the music of upsammy and find out how beauty and the blur can exist in harmony.

Zoom is Thessa Torsing’s first full-length album as upsammy. Since 2017, she has developed a signature style in front of listeners eyes and ears: hers is a mesh of airy tones, tender melodies and highly technical drum patterns which wrap around the body of the song like colourful thread around a metallic spindle. Zoom, a refinement of her sound and an expansion of its ambition, is evidently electronic yet seems to float some way off beyond the glow of a screen. “I don’t like it when something sounds stiff,” upsammy says. “If electronica is super sharp, quantized, hi-fi-ized, this is kind of logical; it is a computer after all. But then, for me, all the emotion is removed. I like little imperfections.”

The title is an invocation for people to look a little closer at their surroundings and replenish their stock of wonder: “People can be consumed by really big or ‘fantastical’ things in life, but don’t see the small things that have great emotional, artistic or even spiritual value...I’ve always had a lot of curiosity for my surroundings, trying to grasp, understand and be amazed by what is around me.” Zooming in is central to the album’s dominant theme, but also essential to its internal programming.

Across the 11 tracks on Zoom are moments that sharpen your focus then throw you off guard. On “It Drips,” a chunky beat conjures the image of a stomping machine. Not so – within seconds a gentle frosting of notes begins to emerge atop the song before a lead melody yawns into view. This technique recurs on “In A Shade”, where buzzy static around the margins of the track and a robust low-end are merely the sediment for the song to grow into another form altogether. Using only an Analog Rytm drum machine, Ableton, some modular kit and field recordings to achieve such a wide palette of sounds, the album reflects the excitement of its maker throughout the production process.

“I always try to make my music vibrant and dynamic with elements moving in and out, like a living organism,” upsammy explains. Pulling the listener’s attention in multiple directions at once could induce a sensation of dislocation, were it not for deliberate care to give space for every intersecting element to breathe: “I pay a lot of attention to the higher frequencies in my music, and especially for this album. I think that’s where most of the clearness and definition is. This is what makes it feel light,” she thinks.

Light comes in two varieties on Zoom. On one hand, there is the lightness of touch which gives the songs in the second half of the LP an airborne quality in spite of their complexity and quickening pace. “Extra Warm” clips ahead above the 170bpm mark, bubbling and churning as it goes. On “Overflowering,” opposing leads chase one another about, like a “Flight Of The Bumblebee” rendered for the IDM generation, leaving miniature contrails in their wake.

But then, there is literal light too, as on the album cover, which upsammy took herself. “The picture is a piece of ice coming from a glacier in Switzerland,” she says. “There was a beautiful moment as the sunlight bounced through it, and I could see all these nice lights in the ice. The fact that this piece of ice is now gone but still captured is a symbol of transience, so to speak.” The packaging for Zoom contains yet more reminders of the everyday – from associated imagery and text and videos, all compiled and executed by upsammy, to a limited clear vinyl pressing as part of Dekmantel’s physical release.

Zoom is upsammy’s most comprehensive release to date, something she remarks is “a closer and truer look into my work right now” – though this won’t preclude chasing other ideas in the near future. upsammy notes that the album is not about climate extinction, in spite of track titles that divine inspiration from nature (“Subsoil, Twisted Like The Flame”, Growing Out Of The Plastic Box”) and its earthbound feel overall. “I guess it’s more about memories of these magical moments and scenes in reality. And these do often happen more in a natural setting,” she concludes. The music on Zoom reminds us to snatch moments of reprieve and take heart in the occurrences of bliss around us. Zoom in and you might find that statement bigger and bolder than at first glance. 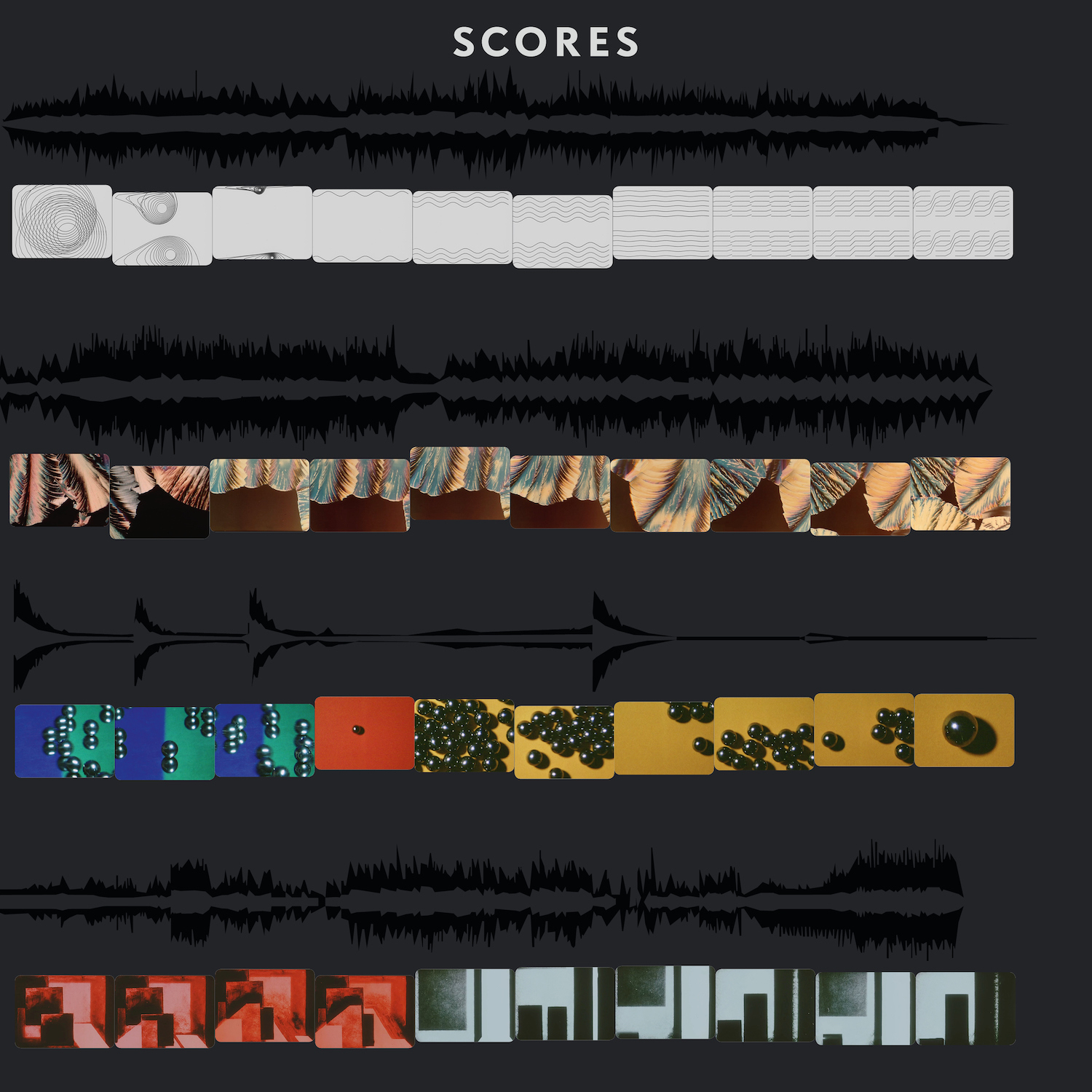 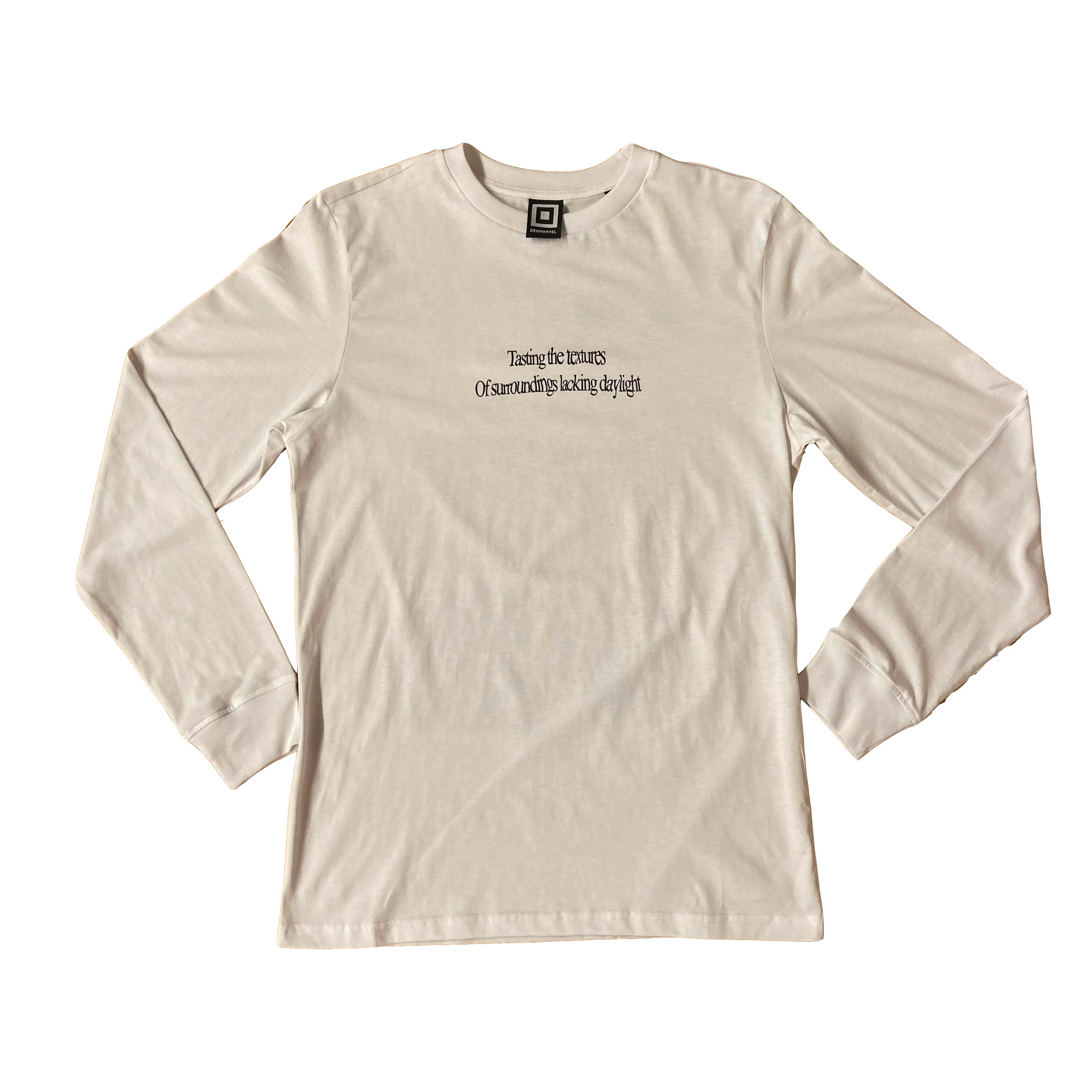 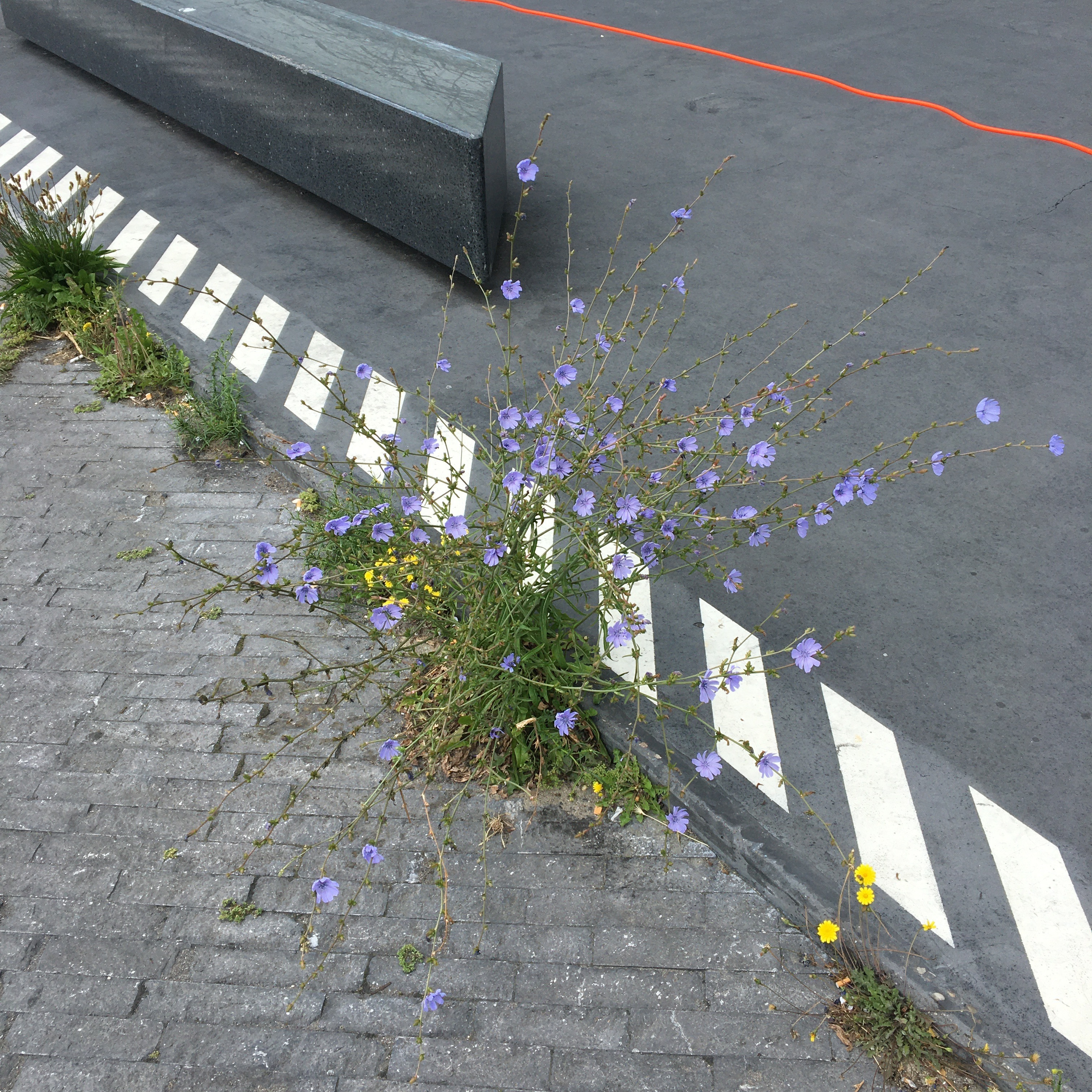