Dekmantel | Behind The Record: Interstellar Funk
Search Results
Your cart is empty! 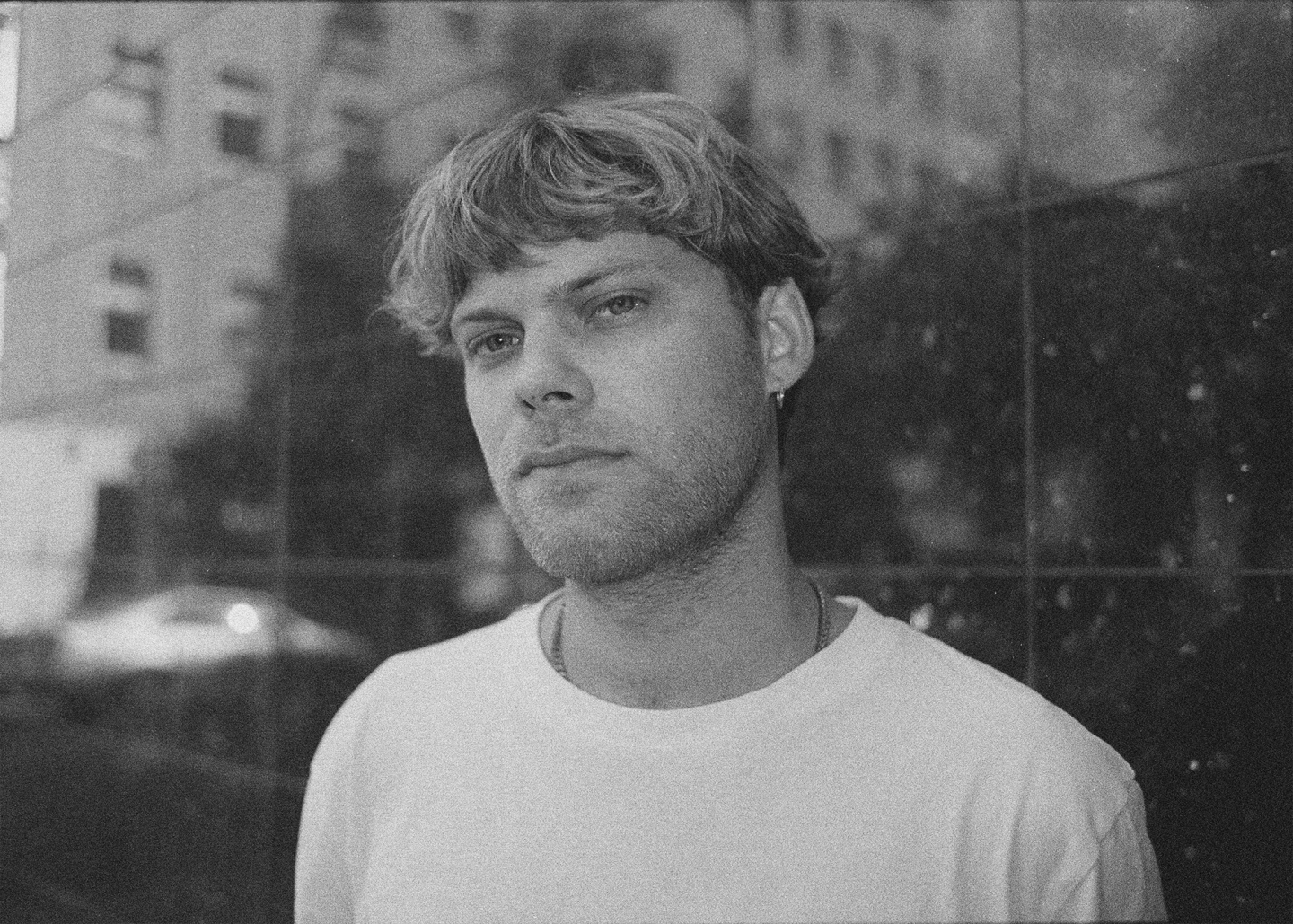 Behind The Record: Interstellar Funk

For his debut album on Dekmantel, Interstellar Funk has crafted a raw, yet simultaneously hauntingly beautiful and endlessly intricate record. Like a good story, ‘Into the Echo’ has a cohesive feel but still goes in a variety of directions, combining sung-spoken iterations with hypnotic samples and machinic industrial. We sat down with Interstellar Funk to delve into his undying love of synths and musical innovation, and the explosive collabs that shaped this project. 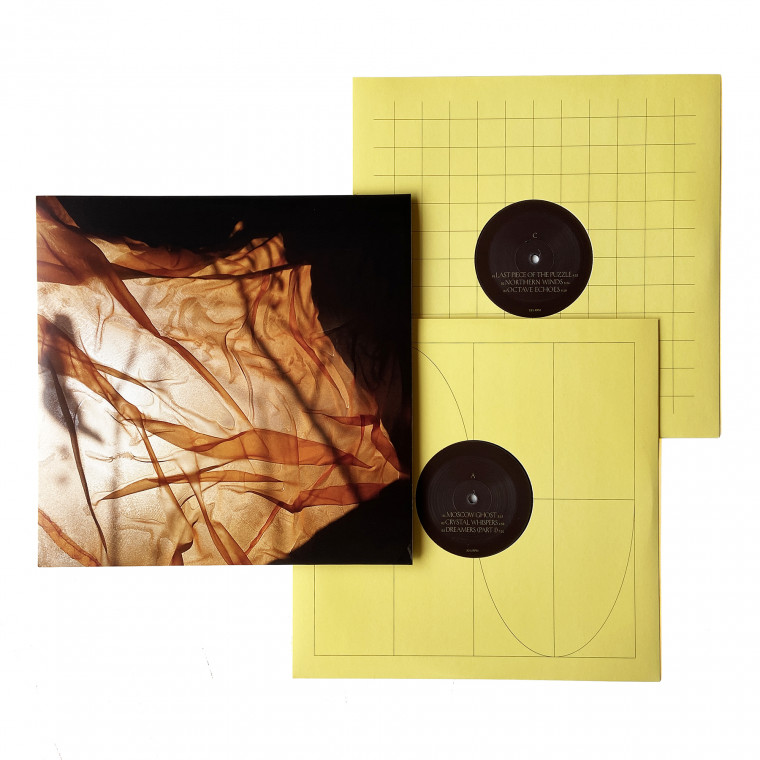 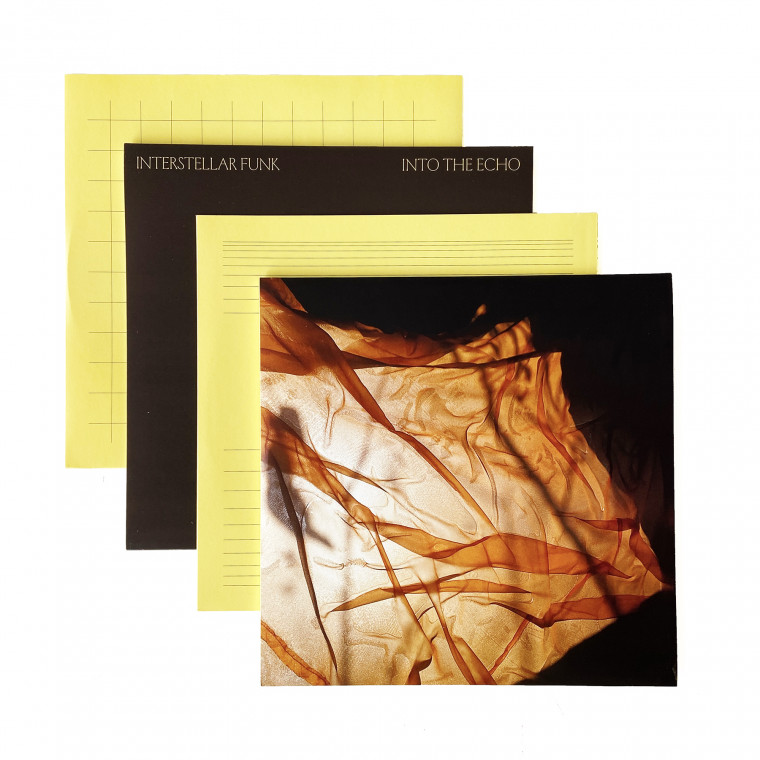 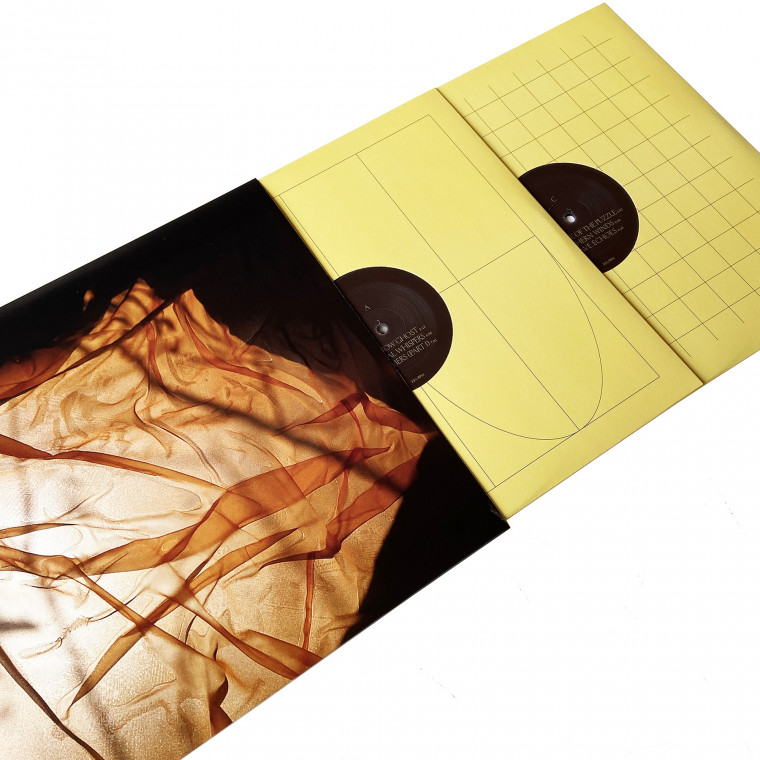 Your love for synths becomes clear when listening to your music, can you take us back to the first moment you ever used a synth?

This was quite some time ago, maybe eight or ten years. I was already making music then, using Ableton, but it didn't quite work for me. A friend of mine had quite a bit of equipment already. The nice thing about hardware is the active component – instead of sitting in front of a screen all day, you move through a room and turn knobs or push buttons. That attracted me the most in the beginning. Hardware has always been magical to me: the look, the sound. It might be a similar story as vinyl versus digital. The susceptible. When you have a device in your hands, every slide that goes up or down gives you an immediate response. The same may be true about digital programs, but still. The whole process of procurement, of searching the internet for old devices always appealed to me, and I still find this interesting. Even though I do more things digitally these days.

So how is your production process these days compared to then, what has changed?

When I started, it was just recording everything on a single channel, and there was nothing I could change about it after that. This can foster creativity in some ways - it's such a fleeting moment. These days I spend more time recording, mixing, and processing sounds or effects, and so on. This developed over time - you want the music to be more complex, more layered, better mixed, better sounding. The longer you spend in the studio, the more ways you will discover for improving things.

Besides making music, there’s also Artificial Dance, of course. Do you think that running a label informs your productions, and the other way around?

These are definitely two different worlds, but somehow they are not that far apart. One naturally influences the other, and vice versa. With the label, I focus on what I find interesting, and I try to release things that may not be immediately recognizable. Of course, this has similarities with what I make myself.

And you've released some of that on Dekmantel Records before – but what specifically makes ‘Into the Echo’ different from your previous output?

The whole idea of an album is obviously very different from a single track. I tried to employ an overarching concept. And while I may not necessarily be able to articulate that concept, in my opinion, this album really is a ‘whole'. It’s not eight separate club tracks with a kick, there is more of a story to it. 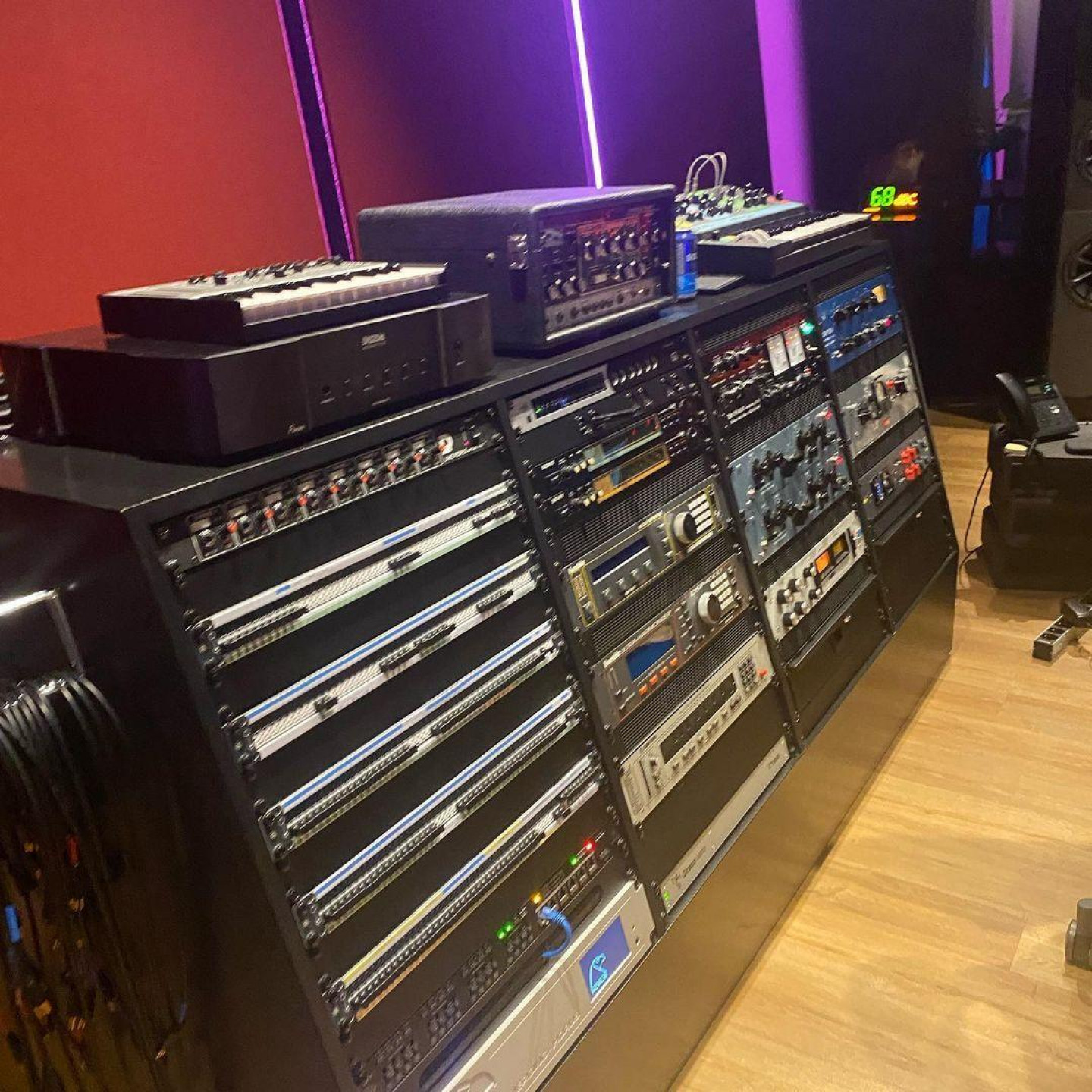 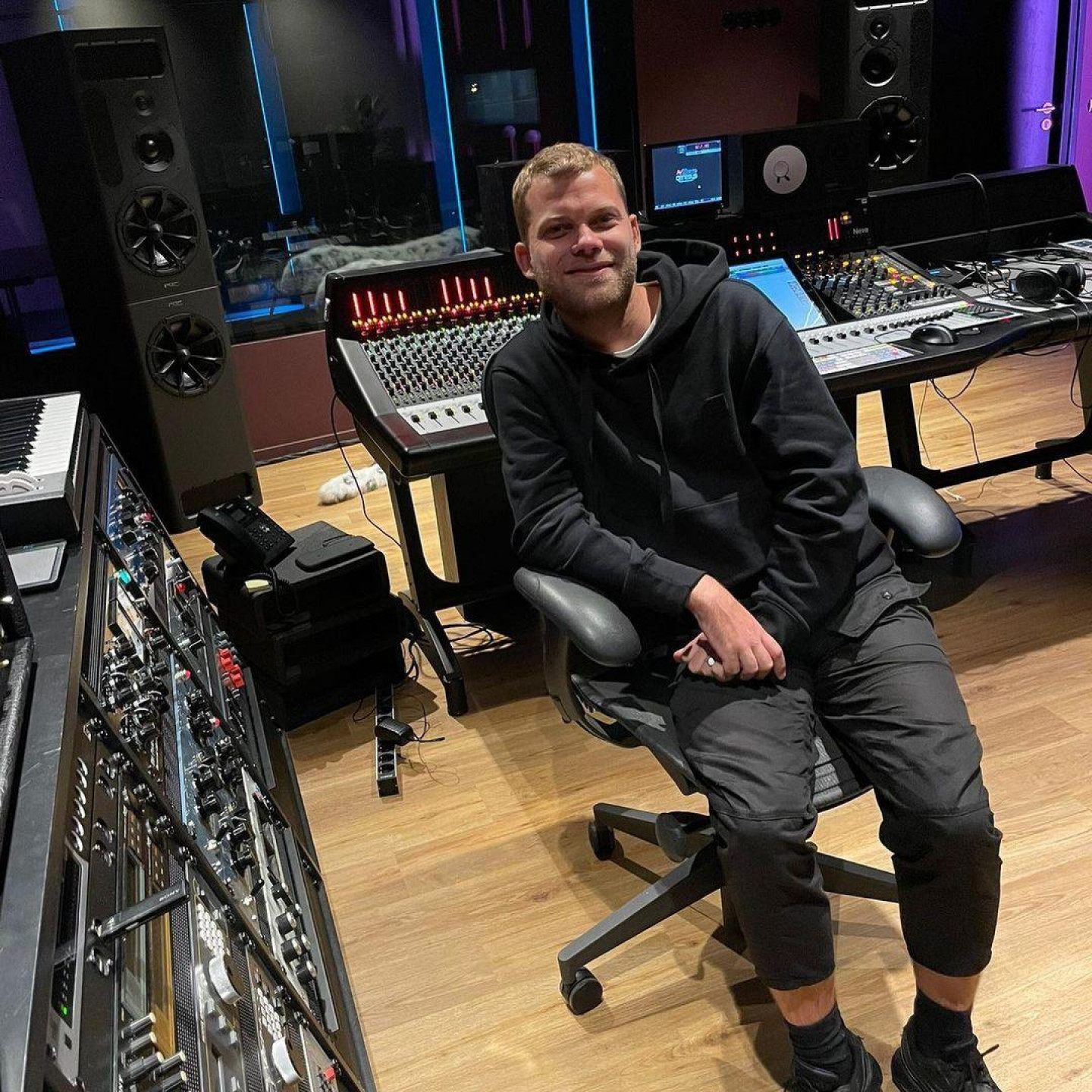 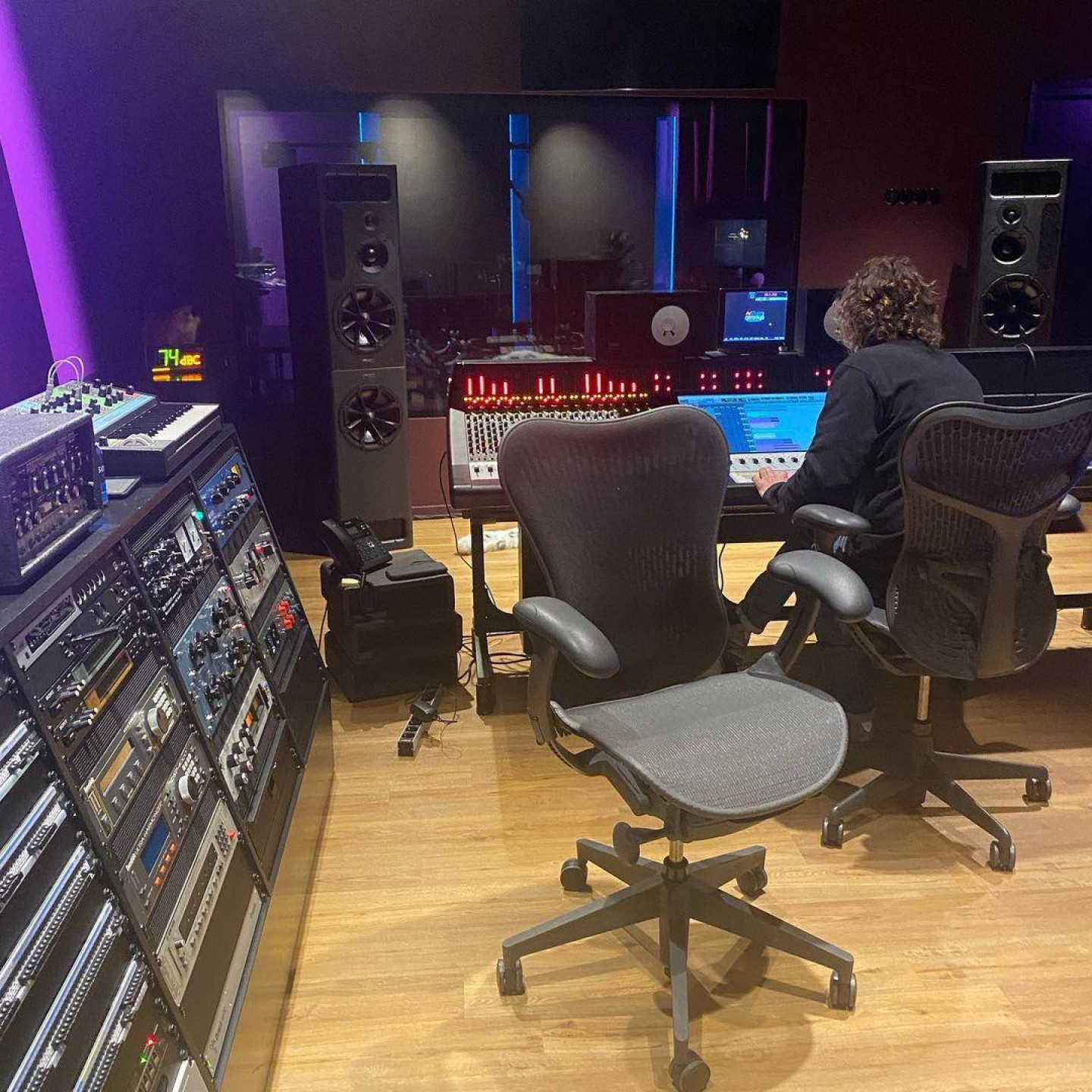 What kind of a story would that be?

I had a general idea in the back of my mind, a certain atmosphere. What I like best about an album is when you have the feeling that there’s a story being told, or how you can create a whole from songs that go in different directions, while having similarities. That had been my main goal, to explore that aspect. But it’s not a specific, literal story. Or, maybe there was an attempt to remain in-between, and not clearly go in one direction.

Speaking about in-between: ‘Into the Echo’ has been described as a marriage of analogue and digital, with both human touches and otherworldly elements – what drives you to this?

Maybe it’s less of a conscious decision, and more the result of my interest in exploration and innovation. Personally, I find music most interesting when I can't quite place it right away. Maybe you hear it's electronic, and that it's techno – but not necessarily techno with sounds that you recognize right away. In that sense, ‘Into the Echo’ is somewhere in-between. It might be hard to figure out my inspiration, and it doesn’t really resemble another album – at least that's what I went for.

Elsewhere, your debut album is described as obscure, ominous, brooding, or even haunted – why do you think that is?

I don't totally relate to those words myself, but I can see where they’re coming from. It’s rather difficult to put the essence of something into words if you can't immediately put it in a box. This also has to do with who you ask - if you were to ask someone who makes very experimental music, they might not refer to my album as experimental, for example. So it's also what you listen to yourself, what you like. To some people this album will be obscure, to others it should sound familiar. And that is completely the intention, and the nice thing about music in general: that everyone experiences it differently.

Can you tell me a little bit more about your thoughts and the process behind this release?

​​I was initially supposed to release a 12”, but then the pandemic hit. I remember thinking: I'll just continue working and see where this goes. Gradually the album has been formed as it stands now, and in the end, not many tracks have been carried over from the original idea. It's so interesting to me how things develop in these lengthy processes: all the improvements along the way, and how you even start to listen to music differently.

You collaborated with JASSS and Loradeniz, how did you get to know them and end up working together?

At the beginning of the lockdown period, I wanted to start piano lessons. I didn't really know Lora, but we got along really well; similar ideas about music and the like. I had already worked on ‘Crickets at Night’ quite a bit, especially the ending, but I had some ideas on what to add and I wanted to record her voice, not necessarily as vocals but more as a sound to layer – some kind of instrument. We did that together, and it worked out well. Silvia, on the other hand, was already a good friend with whom I regularly shared music. At one point, I got a little stuck; I couldn’t quite reach the finish. She invited me to come to Berlin to work on it together, and we finished Northern Winds together.

How did you experience this, or collaborative efforts in general?

I always have people around me with whom I share my music during the process, for feedback and the like. But it's also just interesting to create with others. You learn so much from it, because everyone works in their own way. The people I've worked with are all better or different than me in their own way, and that's such an added value. I love spontaneous collaborations as well – or when you hear songs from artists that sound different because of the collabs, which is what I went for as well. I can't play guitar, for example. I can't sing very well myself, but Lora can. And that of course adds an extra layer to what I do.

How did the relationship with us develop, and how did your album end up on our label?

Because of the support I've had from the team over the years, and because I know everyone well and it's a familiar environment for me, it wasn't an uncommon decision to release it via Dekmantel. I like working with people I know. On the one hand, there’s the personal aspect of production, so it's nice if you can trust each other. But there’s also the professional relationship, and knowing that you can rely on each other in that sense – having both is very special. 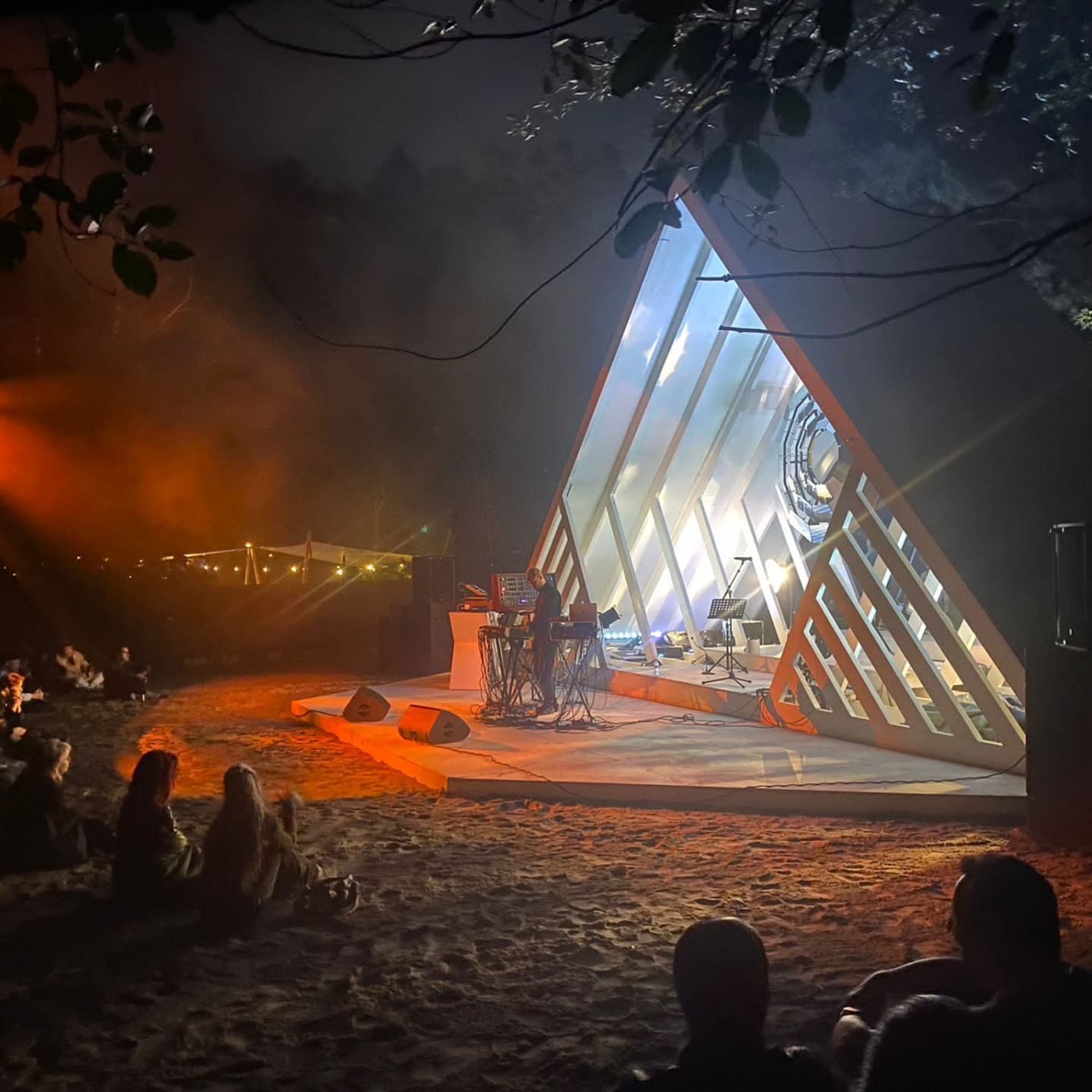 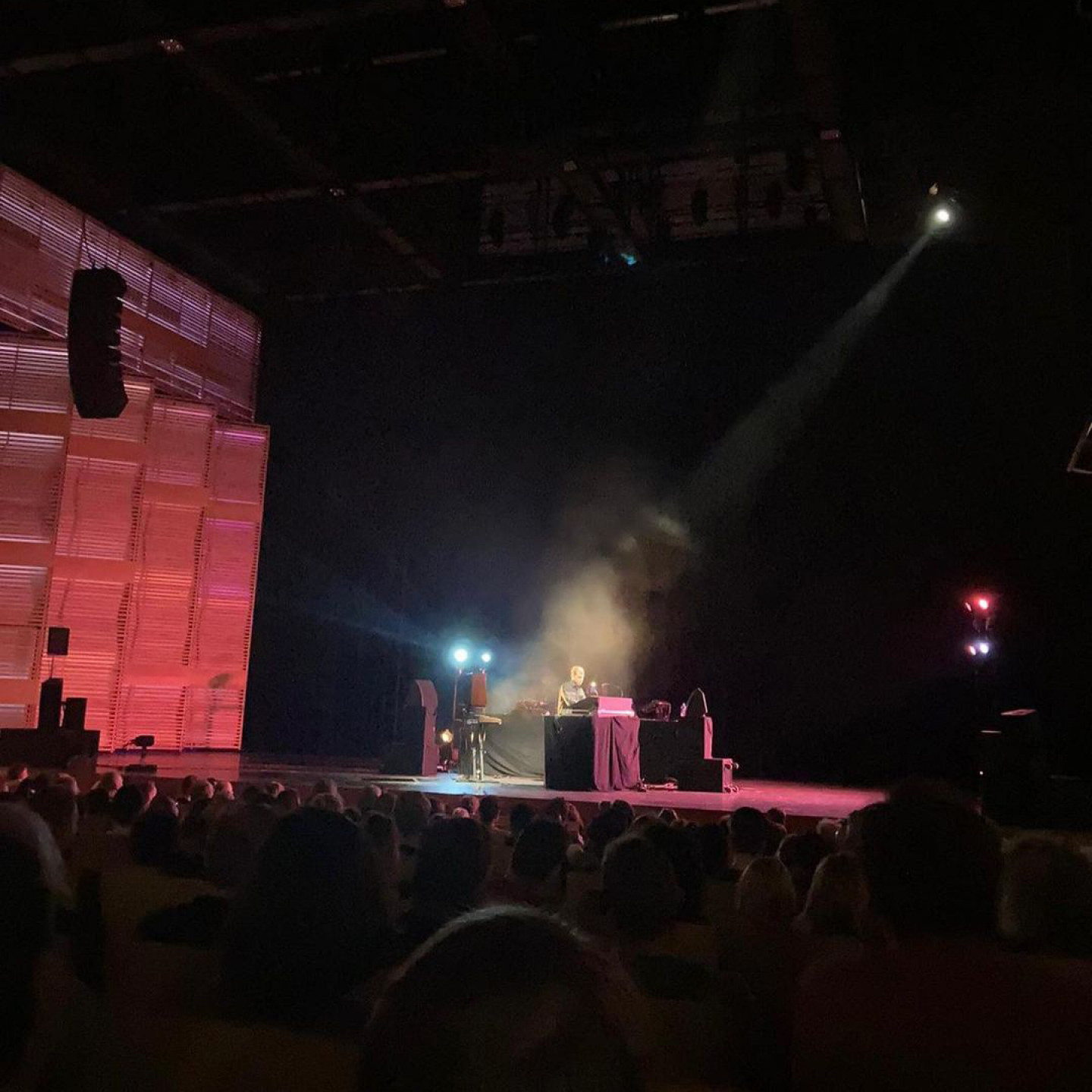 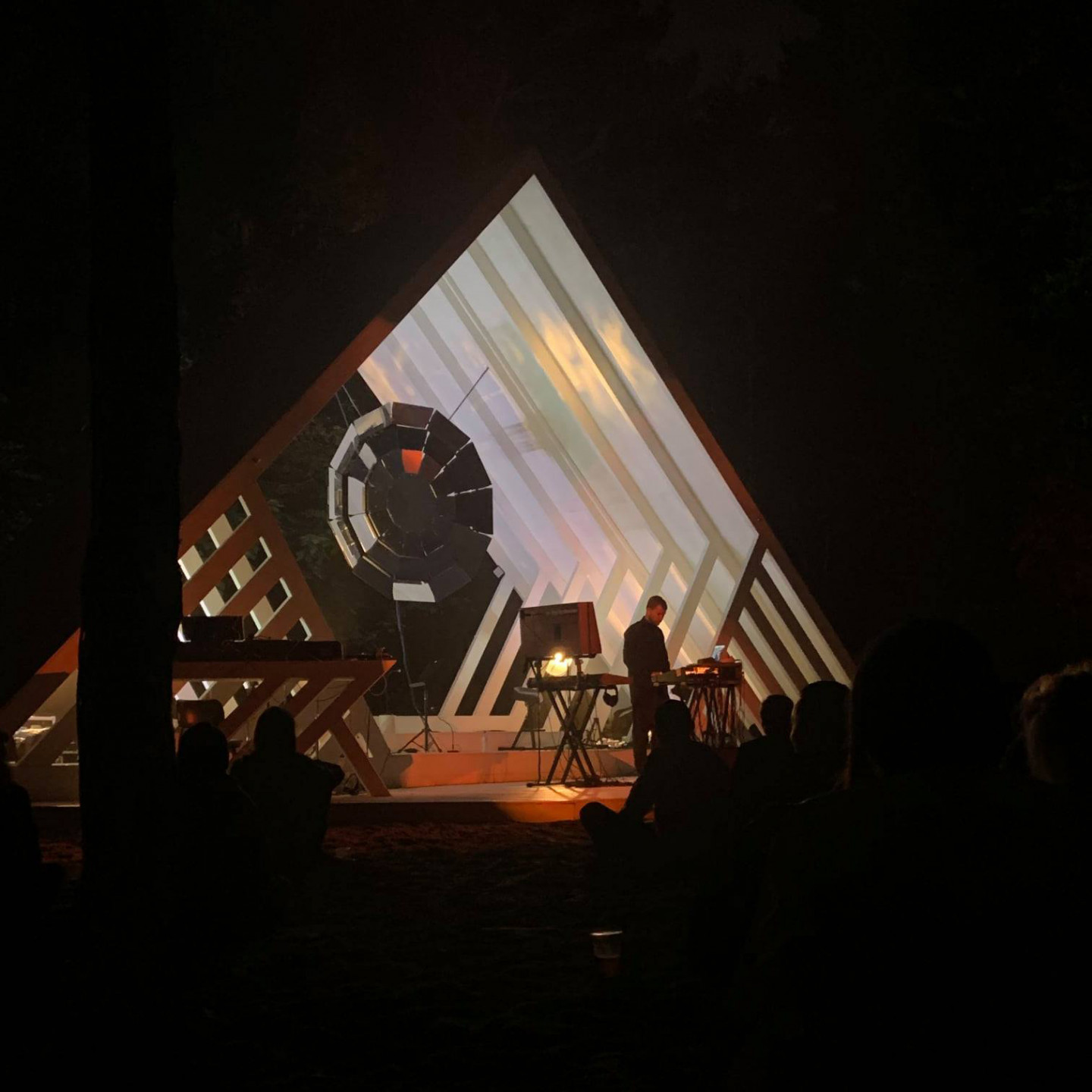 I’ve heard that after your show at Draaimolen and het Muziekgebouw, there may be more live shows coming up. Can you tell me a little bit more about this? And what else does the future hold?

This idea kind of evolved from the album, and it's something I've always wanted to do: less club-oriented, more focused on listening music in a seated setting. I’d love to do more of this.

And I also made some other versions of the tracks from this album, so who knows what else will follow. In addition, Lora and I are finishing a different project right now, which we worked on in the same period as ‘Into the Echo’. I guess you’ll have to stay tuned for more…

Into the Echo Interstellar Funk's debut album on Dekmantel Records

Layers of blended harmonies and melodies form the basis for jettisons into leftfield experimentation, heavily processed drums and oscillating frequencies. Out now. 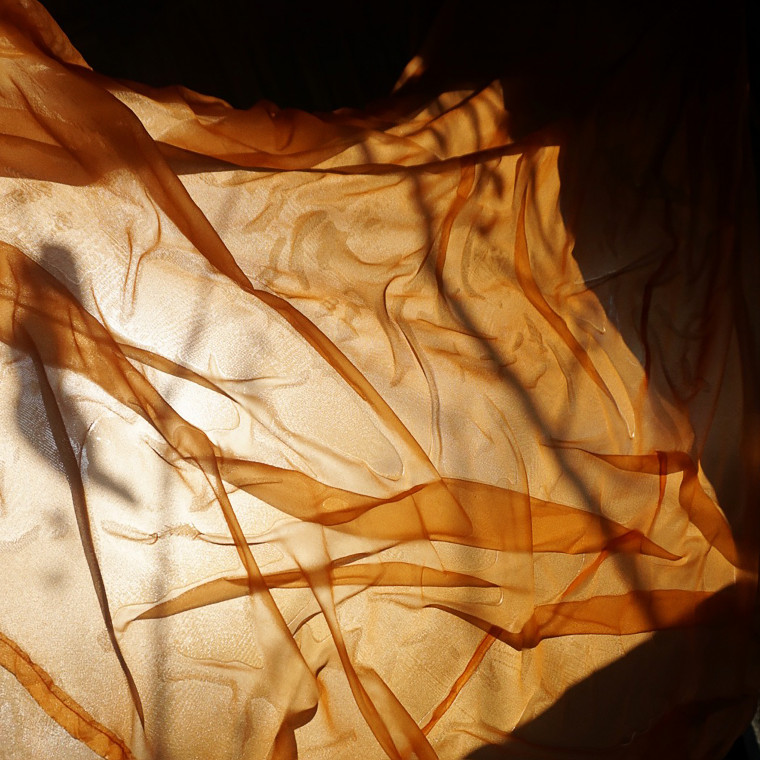