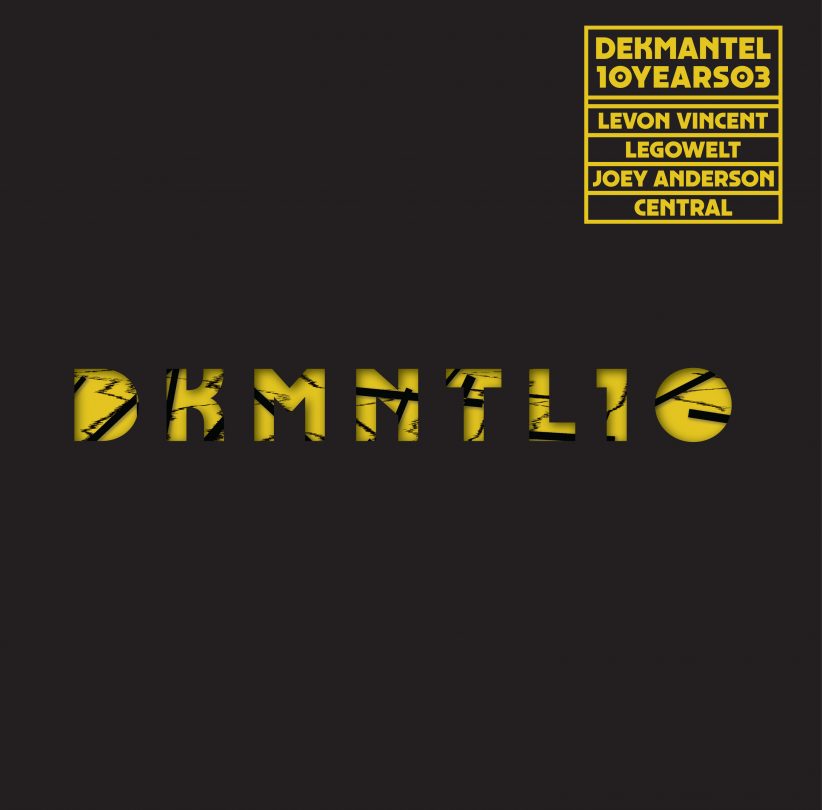 2017 sees Dekmantel celebrating its 10th anniversary. A decade ago, the Amsterdam crew threw their first party in the Dutch capital; two years later Dekmantel Records followed. To celebrate this special occasion, the label will release ten EPs over the course of 2017 - every month one, starting in March, with the first EP dropping today - from artists that have shaped them into what they are today. On the bill are, amongst others, Ricardo Villalobos, Motor City Drum Ensemble, Fatima Yamaha, Legowelt, and Tom Trago.

For this series, Dekmantel invited producers who are close to their hearts, have been with them since day one or made a big musical impact on the crew. Amongst these are longtime friends like Juju & Jordash, Palms Trax, Motor City Drum Ensemble, Joy Orbison and Young Marco. Apart from these seasoned names, it's with great pleasure to have welcome newcomers including Huerco S, Ectomorph, Shanti Celeste, Syracuse and Levon Vincent onboard. Last but certainly not least; a couple of stone cold geniuses will be responsible for a track on the series as well. Amongst them are Burnt Friedman, Donato Dozzy, Tony Allen, The Egyptian Lover and Ricardo Villallobos. The full list of contributing artists can be found below.

The third EP in this series is from Novel Sound boss and New York techno don Levon Vincent, Dutch synth wizard Legowelt, plus label regulars Joey Anderson and Central. Vincent goes first with 'UK Spring Vibes', a deep and rueful roller with his typically well crafted, future sounding synths and delicate glassy piano keys. Legowelt's 'Blue Austral Techno' is as cosmic and spaced out a track as you would guess from the title and is perfectly blurry and analogue in design, while Anderson's 'Opened Gate' is a deep and late night cut with jacking percussion forcing a groove as golden and majestic chords ring out into the night and truly zone you out. Last of all, Central impresses with his spacious sense of deep house groove, inventive textures and mixture of the synthetic with the organic in fresh new ways.