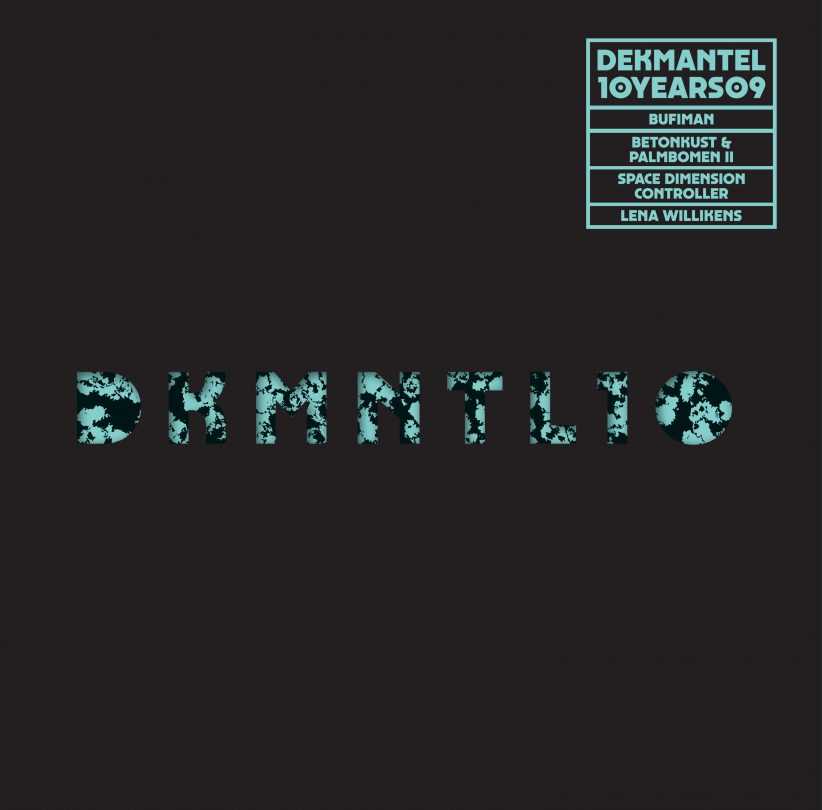 To celebrate the 10th anniversary of Dekmantel’s goings on in the world of events, festivals, and great music, the team behind the label have been releasing a record a month featuring some of their favourite artists, as part of a ten-year anniversary series collection. Featuring acts close to the label’s collective, debuts, and legacy talents the crew have always wanted to sign, the series has seen the likes of Gigi Masin, Call Super, Fatima Yamaha, and more. This penultimate EP, sees Dekmantel debut releases by Lena Willikens, Space Dimension Controller, and Dutch lo-fi star Betonkust and Palmbomen, in addition to a special cut by Bufiman.

The EP kicks off with a new track by Salon Des Amateurs resident Bufiman — real name Jan Schulte — who also goes by Wolf Müller. 'Hymn to the Moonface' ensures that percussion comes first and foremost, in this upbeat, prog-breaks, jaunty, summer cut following up on his Dekmantel debut "Peace Moves". Dutch duo Betonkust and Palmbomen release their first track on Dekmantel with 'Onrust Bij Tihange' - an ode to the Tihange Nuclear Power Station in Belgium. Specialists in crafting lo-fi, nostalgic sounds, Betonkust and Palmbomen do what they do best, with a pulsing, analog, nostalgic electro track that sounds as if its been fed through a VHS player, a top of recording of Miami Vice. What happened at Tihange through is another question.

Belfast-producer Space Dimension Controller, a.k.a. Jack Hamill adds some galactic, space-flare, mid-tempo, D-funk to the flip side. With a debut EP dropping on Dekmantel soon, SDC contributes one of his most beautiful compositions to date, highlighting his flair for melody, blending it astutely together with rich techno hat and snare combos. Concluding the record, is Dekmantel favourite, Lena Willikens. After so many appearances across so many of Dekmantel festivals, it’s a pleasure to have the astute selector release a rare production on the label. Willikens' dark wavey cut is something one would expect to hear in one of her sets, sounding like a modern take of a long-forgotten, and unknown krautrock band.