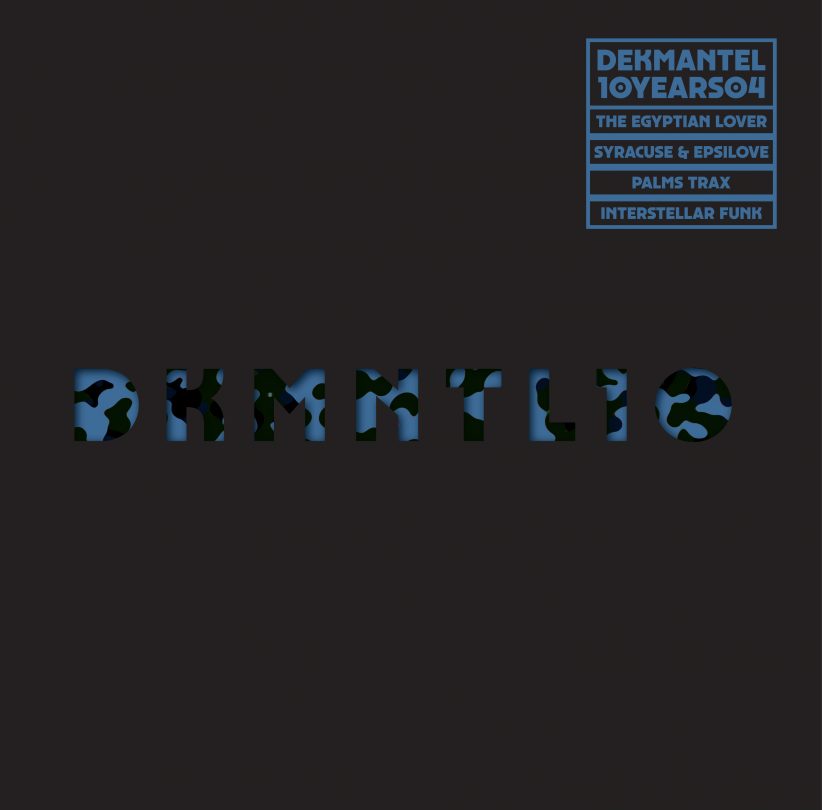 The fourth release in Dekmantel Record's tenth-anniversary, celebratory release series is a collection of new material from some of the label's favourite artists. A blend of the old and new, brought together through a shared love of electro, and wave influenced grooves by the likes of Palms Trax, The Egyptian lover, Interstellar Funk, and Syracuse & Epsilove.

On the EP, The Egyptian Lover tees things off with his trademark electro vibes. Making his Dekmantel inauguration, the electro pioneer sets the precedent with his 808, retro-futurist aesthetic. It's classes Egypt through and through. No stranger to Dekmantel however, UK producer Palms Trax adds a hallmark slab of classic-analogue, summertime house, a track that will inevitably find its way into his festival set later this summer. French synth-pop act Syracuse & Epsilove -whose 2015 Antinote LP Liquid Silver Dream is essential listening for those who haven't heard it- contribute a dreamlike, electro vocal pop number to the record. Also marking their debut to the label. Amsterdam based Interstellar Funk, the Red Light Radio and Rush Hour analogue adventurist, delivers a track full of playful, yet murky synthetic grooves, with a machine-heart and lively, fanciful melody.

2017 sees Dekmantel celebrating its 10th anniversary. A decade ago, the Amsterdam crew threw their first party in the Dutch capital; two years later Dekmantel Records followed. And for their decennial anniversary, Dekmantel Records are releasing ten, very special EPs over the course of 2017. For this series, Dekmantel invited producers who are close to their hearts, have been with them since day one, or made a big musical impact on the crew. Artists including the likes of Gigi Masin, Levon Vincent, and Call Super, who all graced the first three EPs released earlier this year. Along with seasoned names, the series will see the indoctrination of newcomers to the label including Burnt Friedman, Ectomorph, and Donato Dozzy. It will also feature the addition of a couple of stone cold geniuses, including Motor City Drum Ensemble, Ricardo Villalobos, Joy Orbison, and Tony Allen.